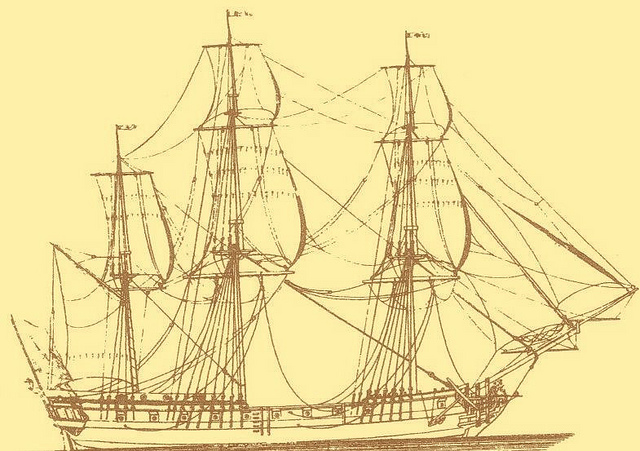 Present: Edward Shippen, Esquire. The Foreigners whose Names are underwritten, Imported in the Ship St Andrew, Captain James Abercrombie, from Rotterdam and last from Plymouth in England, did this day take the Oaths to the Government in the usual Form. No 111.

Throughout the picturesque valleys of mid-eighteenth-century Germany echoed the song of the Neulander (newlander). Their song enticed journeymen who struggled to feed their families with the dream and promise of colonial America. Traveling throughout the German countryside, the typical Neulander sought to sign up several families from a village for immigration to a particular colony. By registering a group of neighbors, rather than isolated families, the agent increased the likelihood that his signees would not stray to the equally enticing proposals of a competitor. Additionally, by signing large groups, the Neulander fattened his purse.

Generally, the Germans who chose to undertake the hardship of a trans-Atlantic voyage were poor, yet the cost of such a voyage was high. Records from a 1753 voyage indicate that the cost of an adult fare (one freight) from Rotterdam to Boston was 7.5 pistole (any of several gold coins used in various European countries until the late 19th century – sometimes called a doubloon). Children between the ages of 4 and 13 were assessed at half the adult rate (one-half freight). Children under 4 were not charged. To get a sense of the expense involved, it has been estimated that the adult fare, 7.5 pistoles, is equivalent to approximately $2,000 in today’s currency! For a large family, the cost could easily be well beyond their means. Even though many immigrants did not have the necessary funds to purchase passage, they were determined to make the crossing. Years of indentured servitude for themselves and other family members were often the currency of last resort.

Up to at least the mid-1800’s, those who wanted to leave their area at all had to have permission from the local ruler, usually a Prince, Landgraf, or the like. Before they left the country, they also had to furnish proof that they were not in debt, and, if they were young men, had served in the army. When they gave up their citizenship a notice was often put in the local paper so that any creditors could make their demands known.