The most iconic, and probably the most mentioned, landmark along the California-Oregon Trail is Chimney Rock near Bayard, Nebraska. It was written about almost universally by the emigrants (except John) in their diaries. The spire rose much higher in those days than it does today… part of it has broken off since then from erosion and lightning strikes. Many emigrants tried to climb to the top, but none ever got higher than its base.

Today, it is a National Landmark and its significance to the traveler’s along the trail is that it marks the end of easy traveling across the prairies. It also gave them encouragement that they were headed in the right direction. In their diaries, some reported that Chimney Rock could be seen from 30 miles (48 km) away. It is 286 feet (87 m) above ground level, which is already nearly 4,000 feet (1,220 m) above sea level, and the trail ran along the north side. John App and Jake were not typical sightseers, so they seem to have passed by here without any indication of stopping.

About a half mile from the rock is a small pioneer cemetery for burying those who did not survive the journey. Many of its grave markers are made of wood and the names of those who rest beneath are no longer distinguishable. This type of hardship was part of the risk accepted by the emigrants in exchange for the fulfillment of possibilities and dreams that life offered in the Great American West.

John and Jake camped for the night about 10 miles (16 km) past Chimney Rock and, if you do the math, they have been traveling about 30 miles (48 km) per day since they left Fort Kearny. Soon they will be passing some really interesting places: Fort Laramie, the magnificent trail ruts in Guernsey, Wyoming, Register Cliff, Independence Rock, and Devil’s Gate just to name a few.

we are now about 65 miles from Ft Larama, and about one Thousand miles from Home, we left Ft Kerny on the 6th May about noon and on Saturday about non we will be in Ft Larama, the reason why I am now writing is, we Expect the Express along today or Tomorrow 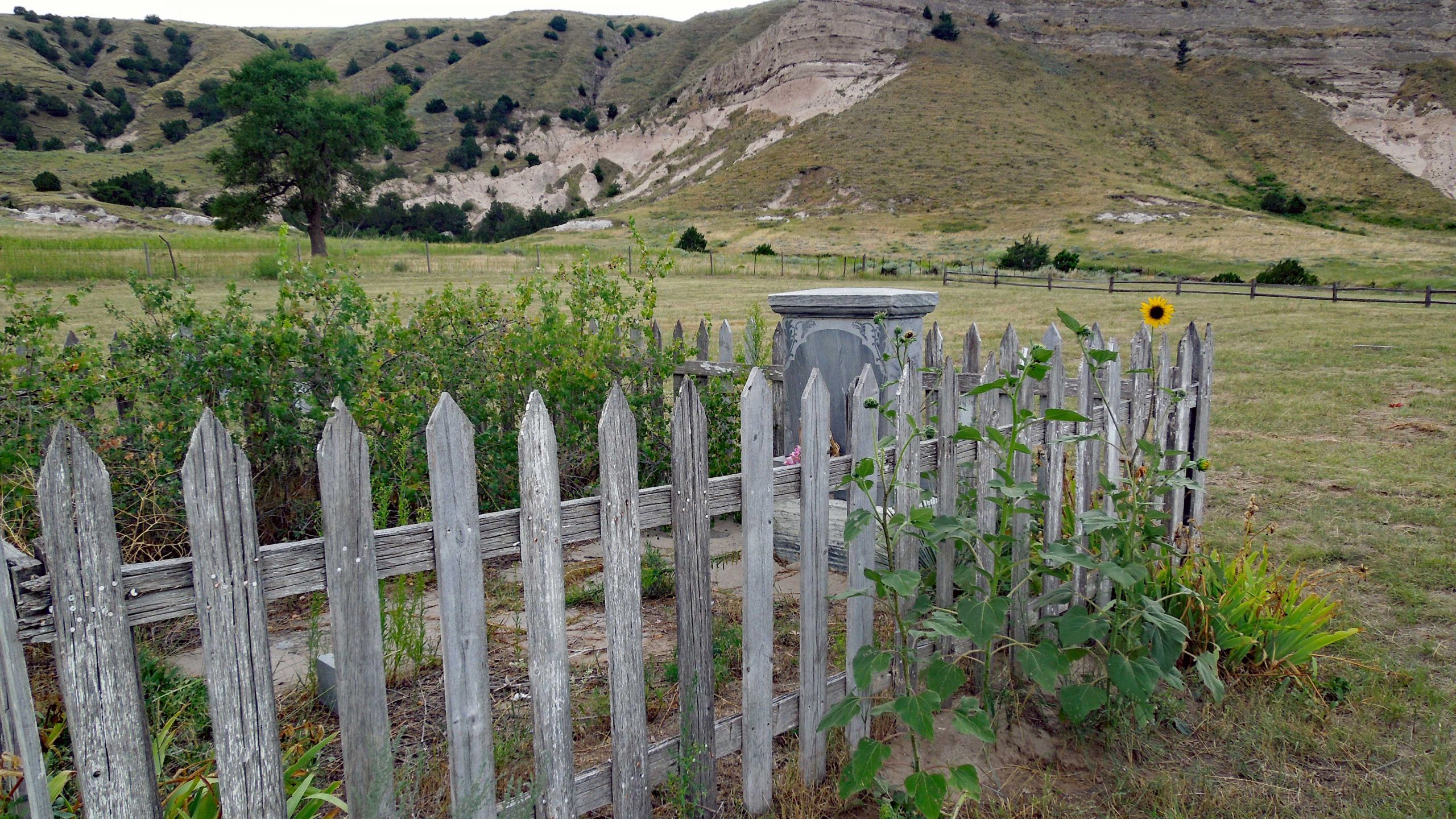 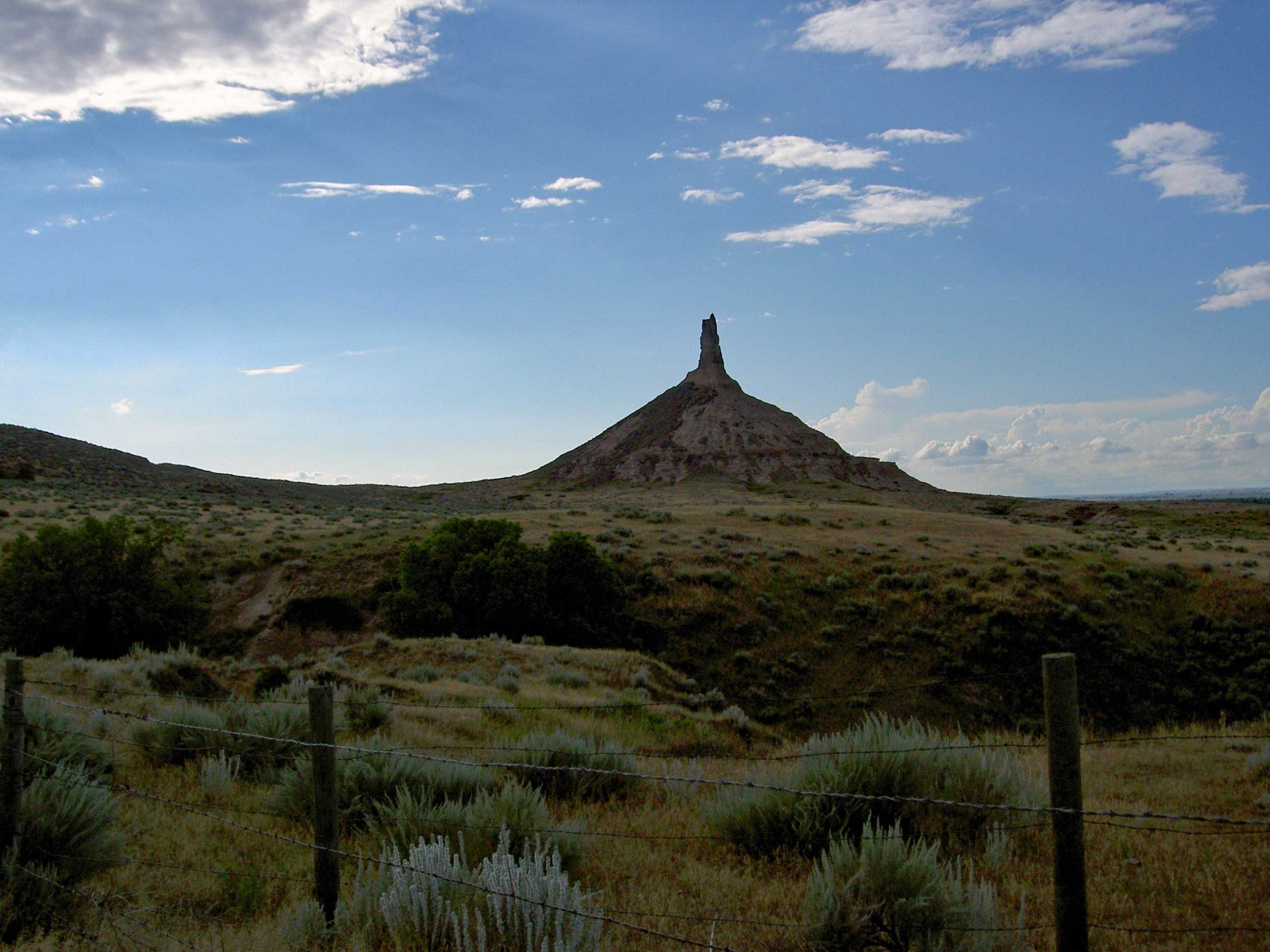 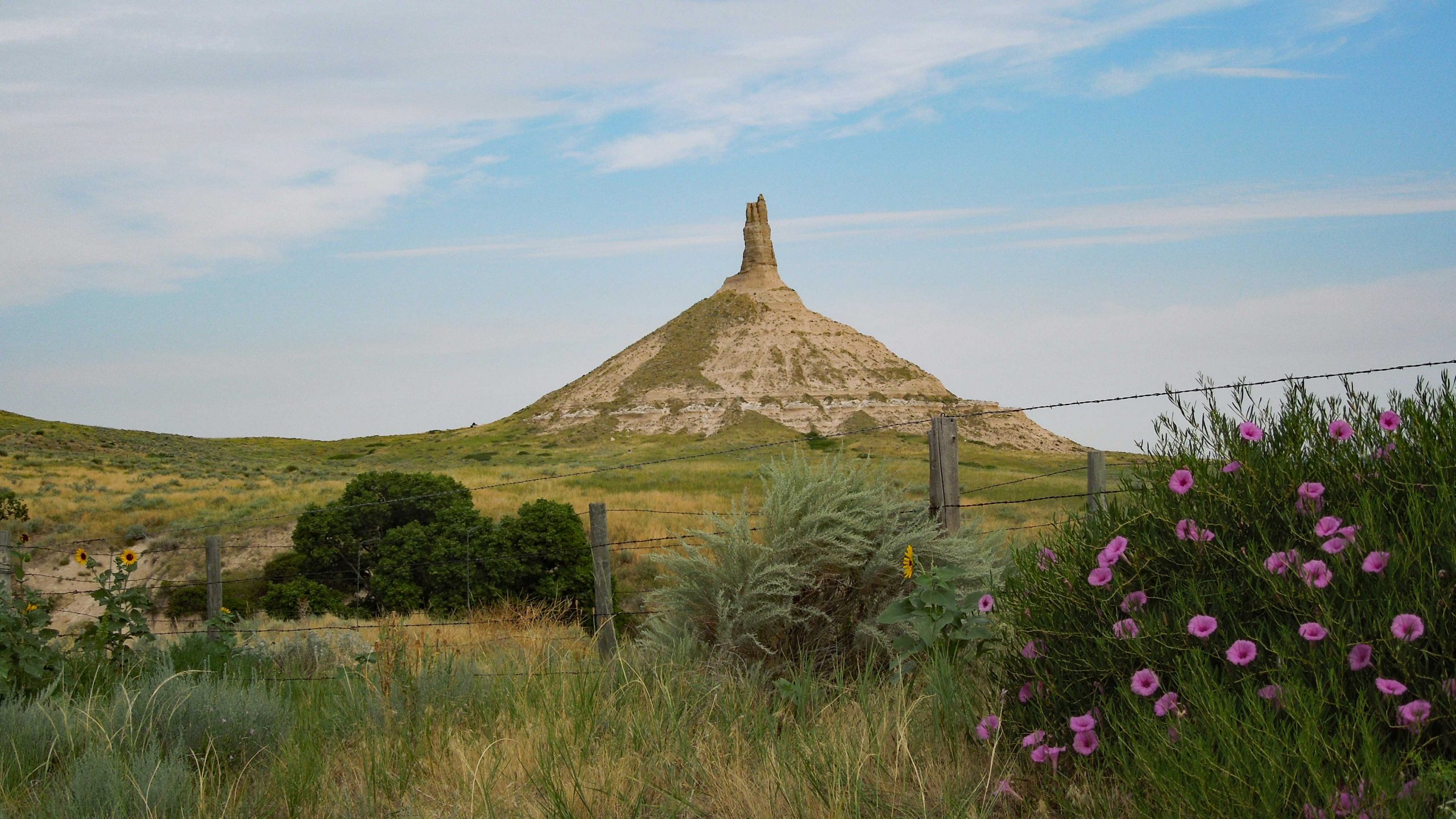 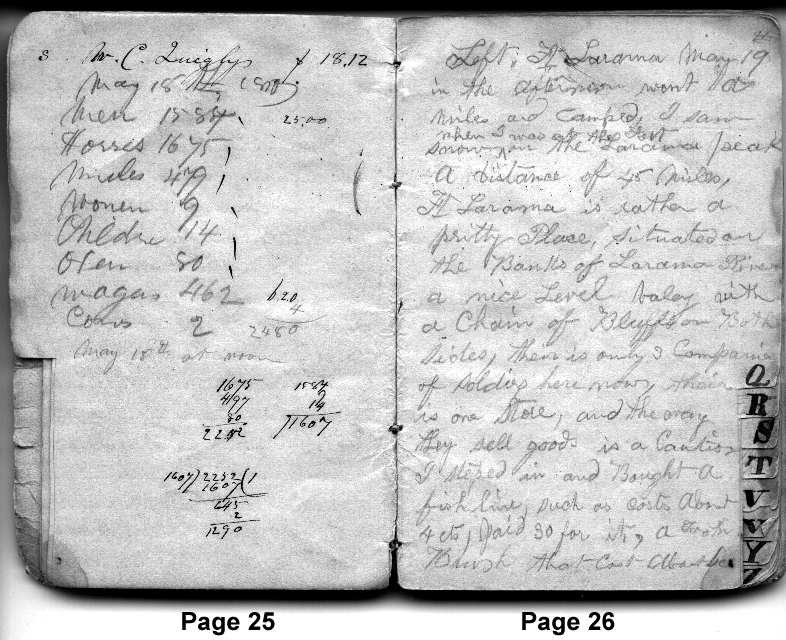