The second dangerous challenge was crossing the Green River, a north-south barrier to the east-west route of the California-Oregon Trail and a formidable obstacle. Every emigrant had to cross it in some manner. Over the years, a variety of fords and ferry sites were established along a 30-mile stretch of the River from the mouth of the Big Sandy to Names Hill (La Barge), serving travelers on the Fort Bridger, Slate Creek, Kinney, and Sublette branches of the Trail.

John and Jake do not travel on Sundays so they spent the Sabbath at the river’s edge at the end of their 48 mile trek across the 40 Mile Desert. The Green River may not appear as a challenging river to cross, but it was. Usually by the time of year the emigrants arrived the river was full with water and the current very swift. Early wagon trains drove through the river using fords that changed annually with each spring’s high water. Guides would force wagons through the current using multiple teams and dozens of mounted outriders. They followed gravel bars so narrow that the deviation of even a few feet meant the possible loss of a wagon, or worse. In extreme cases, emigrants had to unload and dismantle their wagons and float everything across a piece at a time.

Even though there were ferries (small rope drawn barges that travelers hired to get them and their equipment across the river), many travelers lost their livestock here and even their lives. The workers at the ferry docks, by the end of the day, would be pretty well “liquored up” and were not very careful. They often frightened the livestock which sometimes were swept away by the current… and they were certainly not in a condition to swim or properly take care of their passengers. It was a very dangerous crossing. 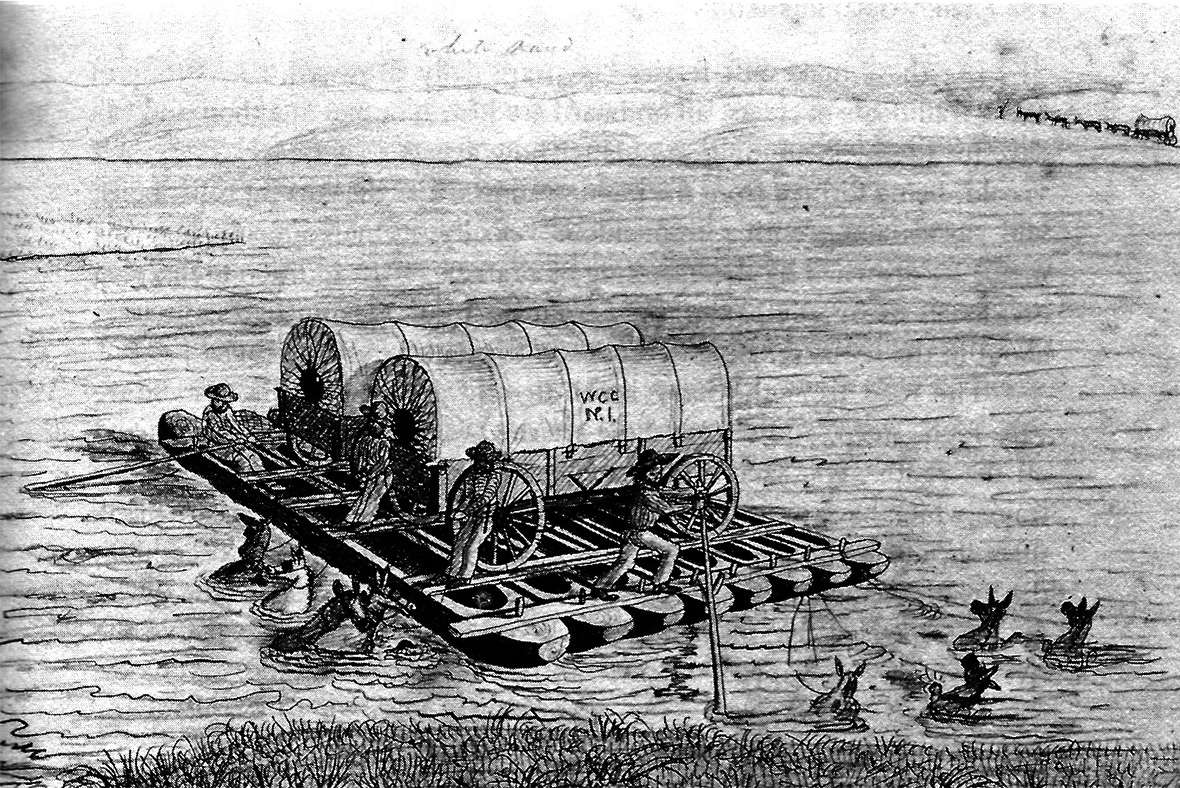 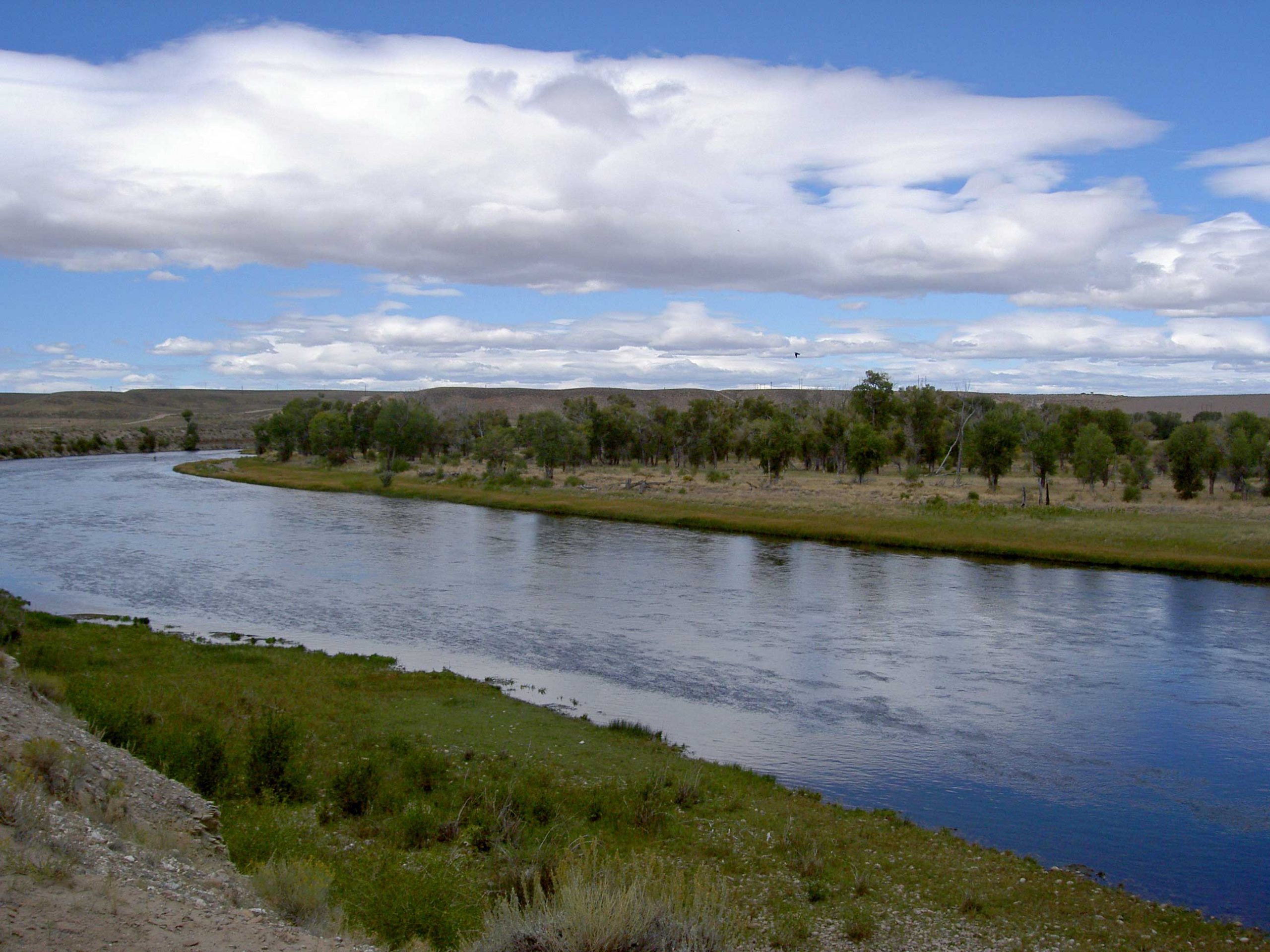 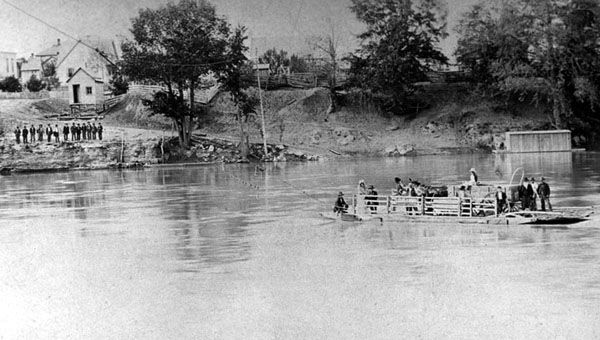 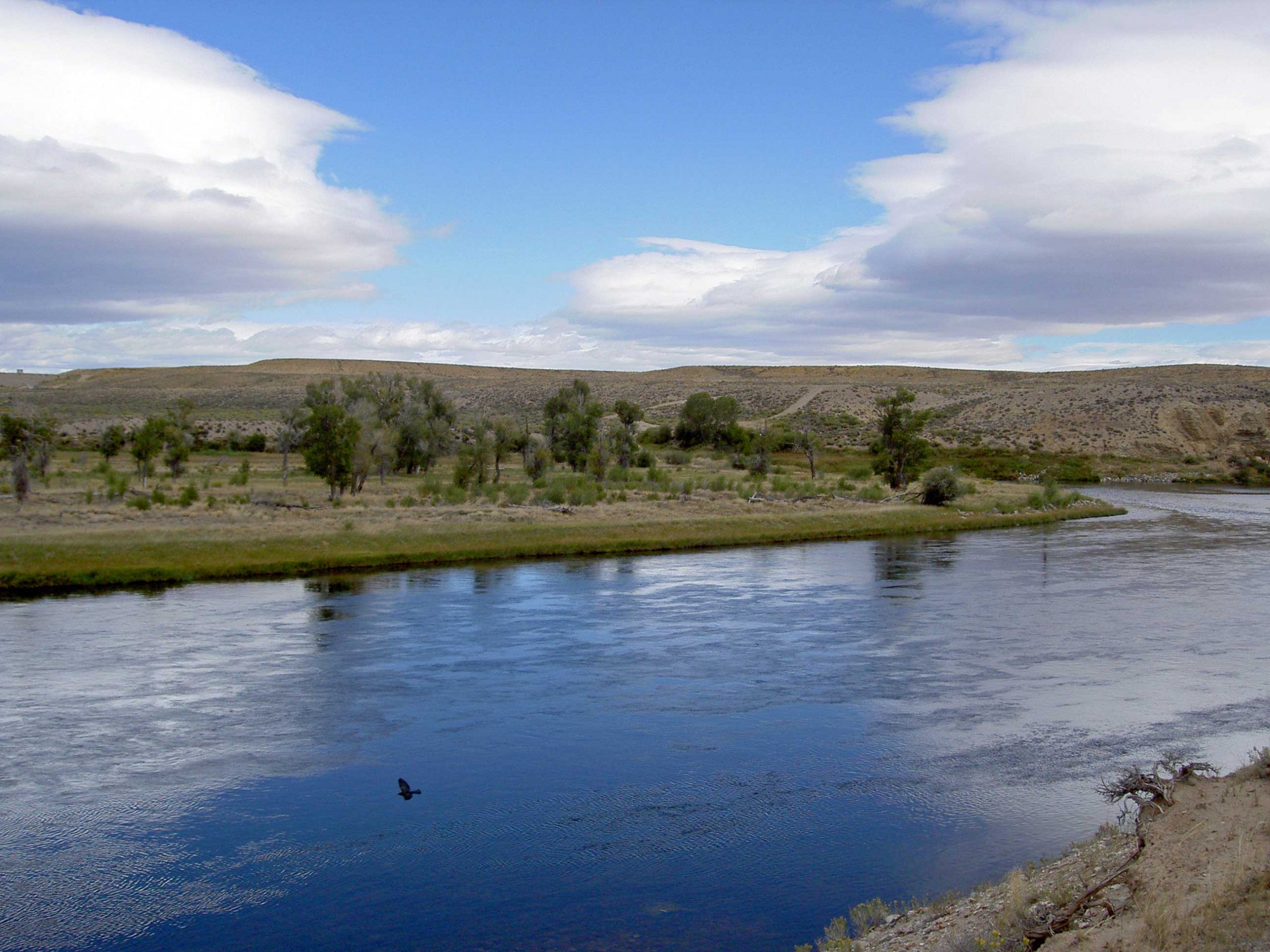