John App & his traveling partner, Jake, are in Wyoming west of Fort Laramie and headed toward Independence Rock. He made this diary entry yesterday:

Thursday May 23rd   The weather is fine nights Cool and in the middle of the day Just about warm Enough to make a person sleepy and Lazy, if the weather and roads continue as they are now we will have a pleasant Trip of It, so far it has been very nice indeed, sometimes for a day or two the water would be scarce and we would have to drink mud or go without, But that is nothing, to what they had Last season Cold plenty of mud, and sickness   it is very Healthy this season, or at Least I have heard of But one death, a Boy died with the measels, we are about one month ahead of Last seasons Travail, I saw a Board Yesterday with a mans name on it dated the 4th of July 1849, no wonder they had a warm time of It, I have an Idea that we will have a Cool time of it the trip through, I can see snow now

Today, May 24, they traveled over one of the most interesting parts of the California-Oregon Trail. It was an area that required the wagons to move ahead in single file because the ground was made of rock. This place probably had no special name in those days, but later it was known as “Deep Rut Hill” near Guernsey, Wyoming. The ruts were created from thousands of wagons headed west traveling in single file over the sandstone surface and gouging ruts ranging from 2 to 6 feet (2 m) deep. They are no wider than the width of a wagon, which generally was about 4 feet (1.2 m) wide, and are some of the most spectacular ruts remaining along the entire length of the California-Oregon Trail.

In the photos and video for today you will see some of the ruts and, like many places along the trail, if you use your historical imagination, the emigrant’s wagon sounds and oxen can be heard traveling over the trail in this exact spot. 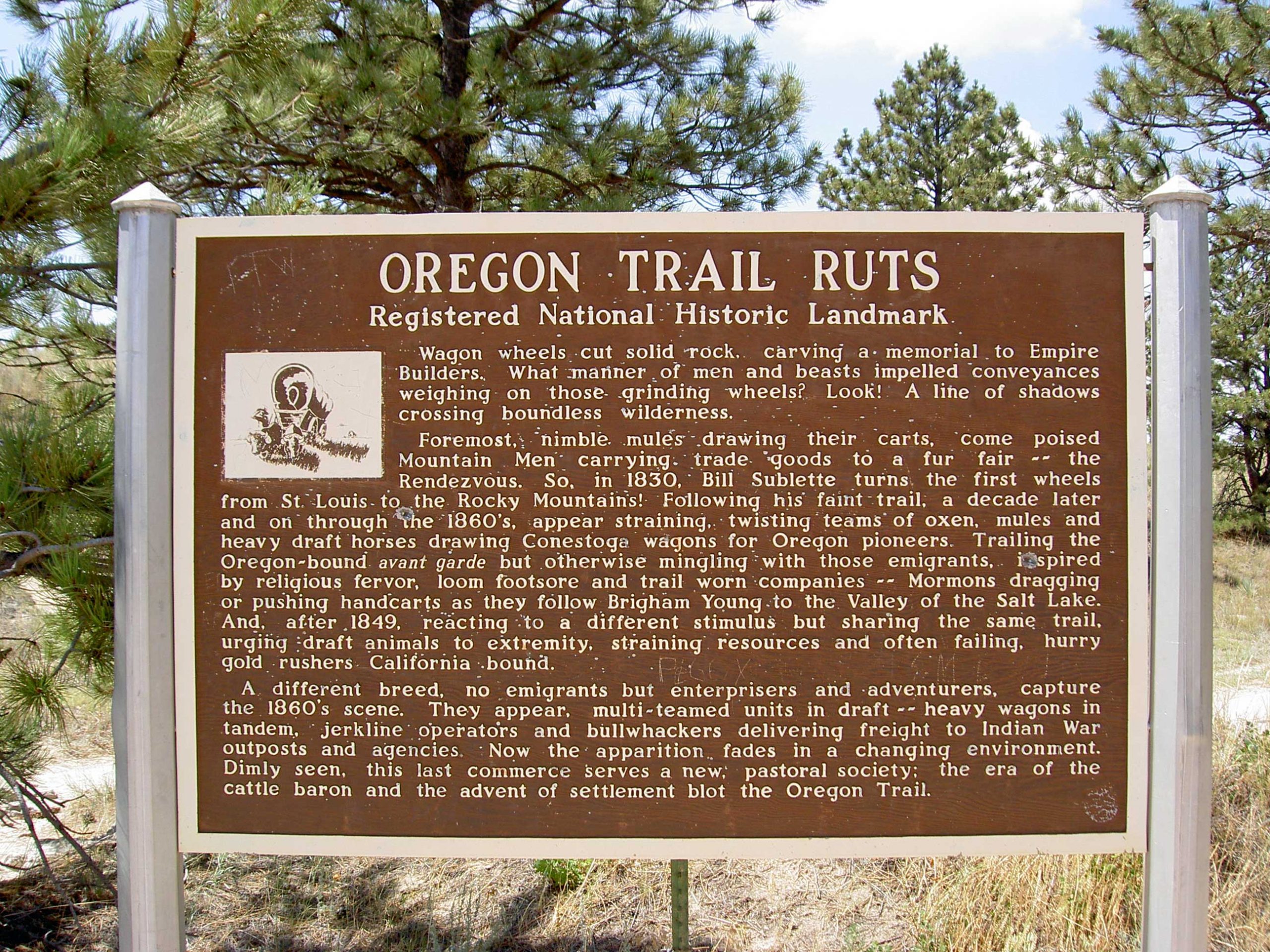 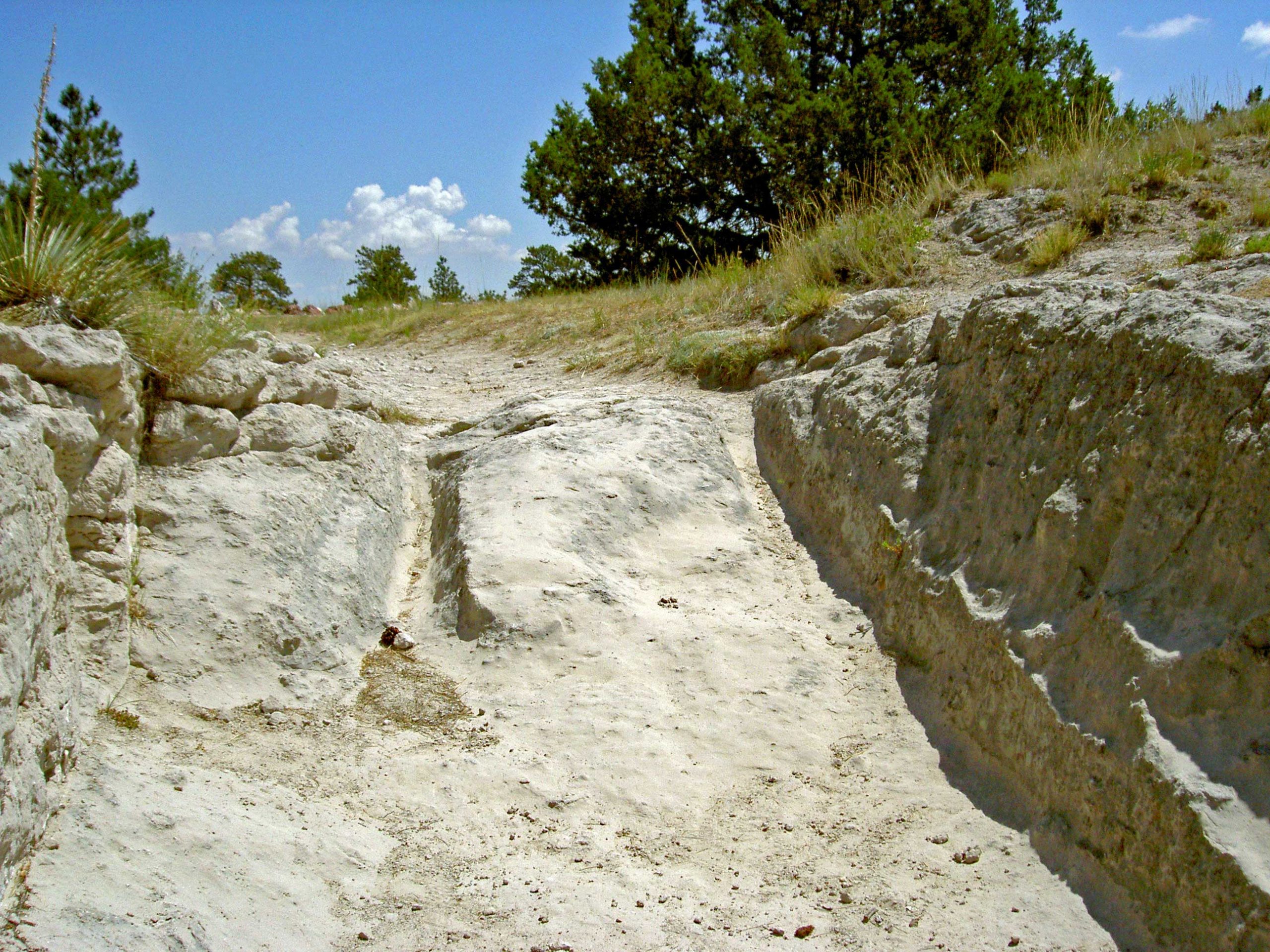 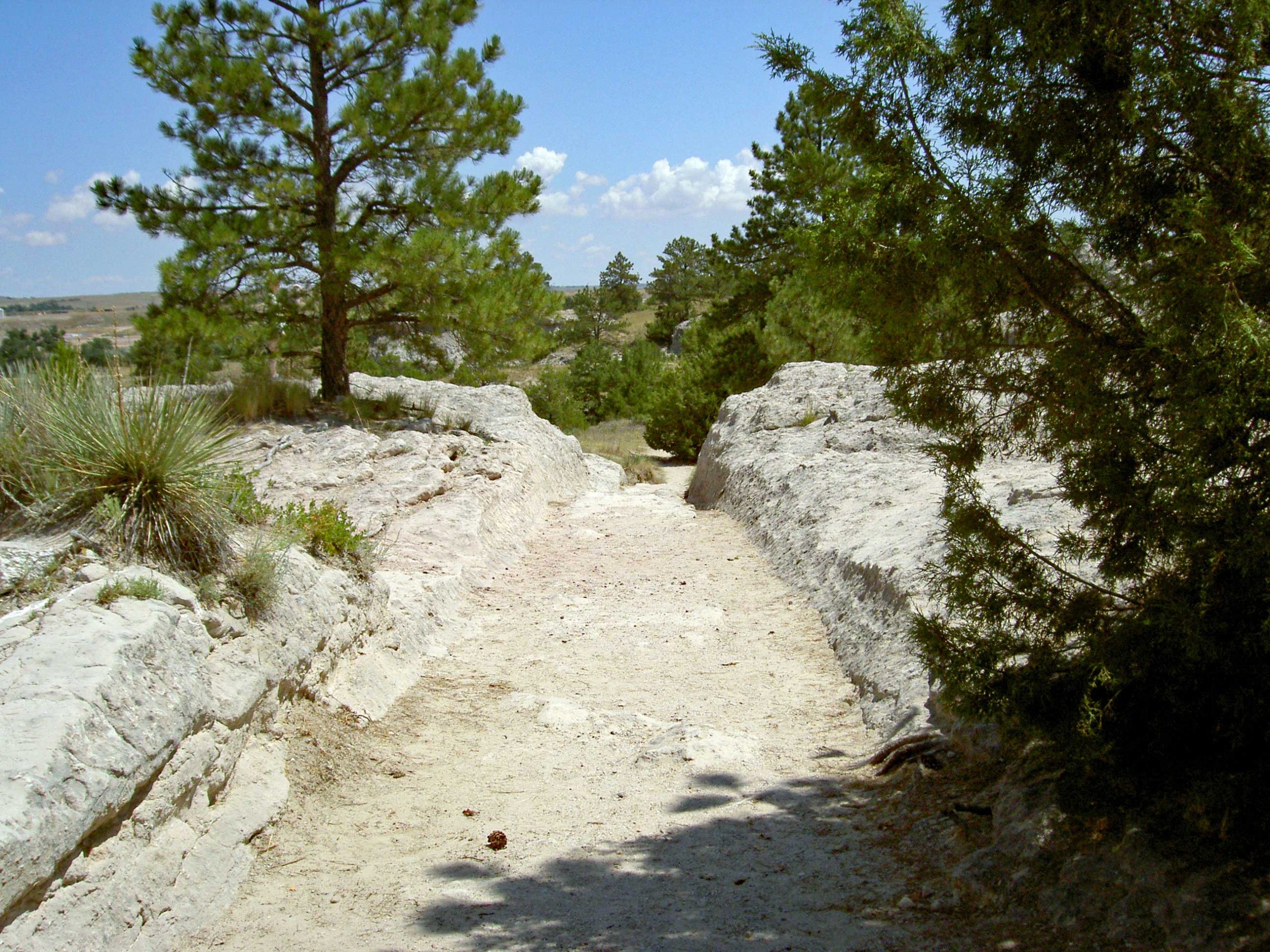 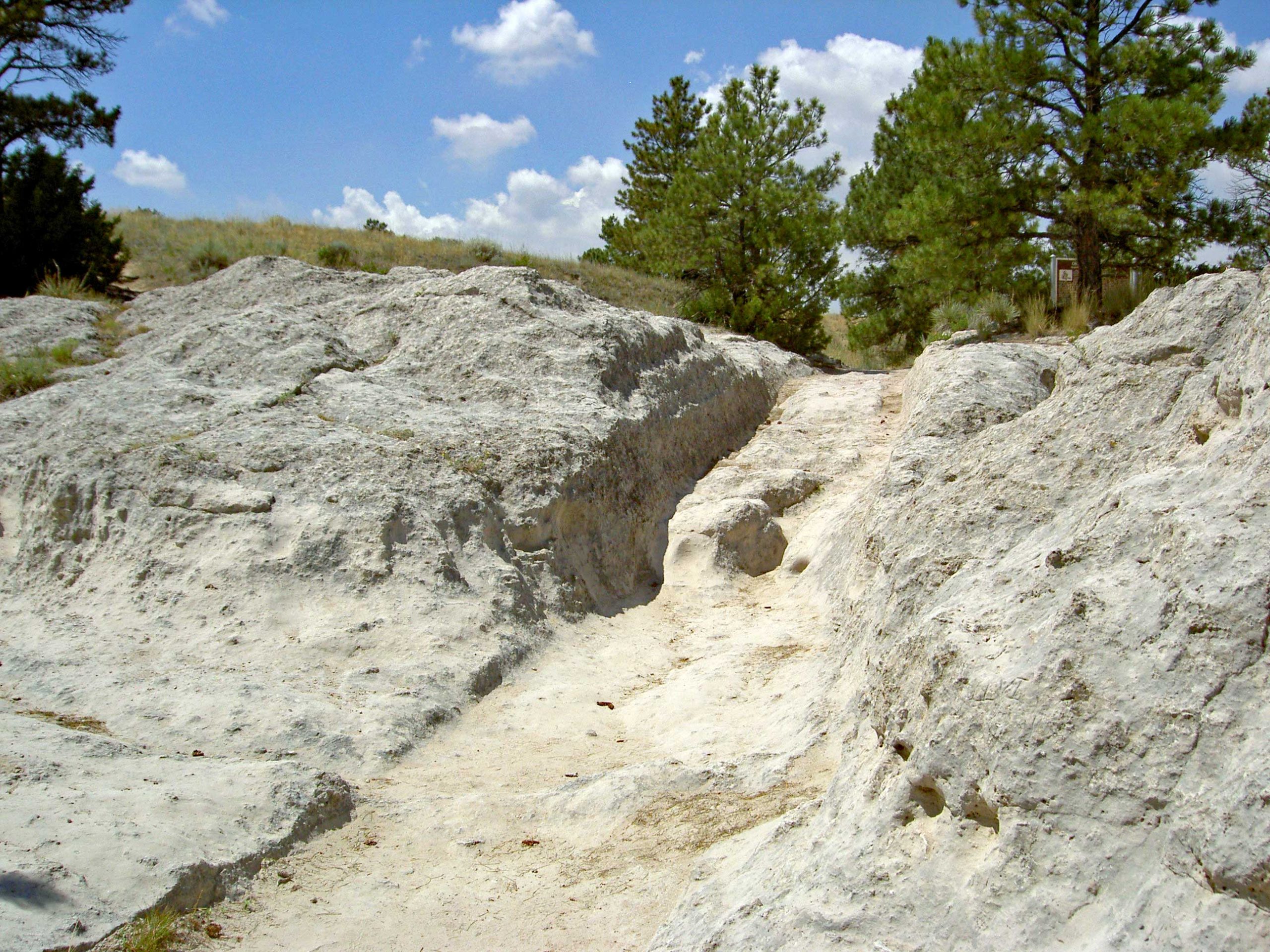 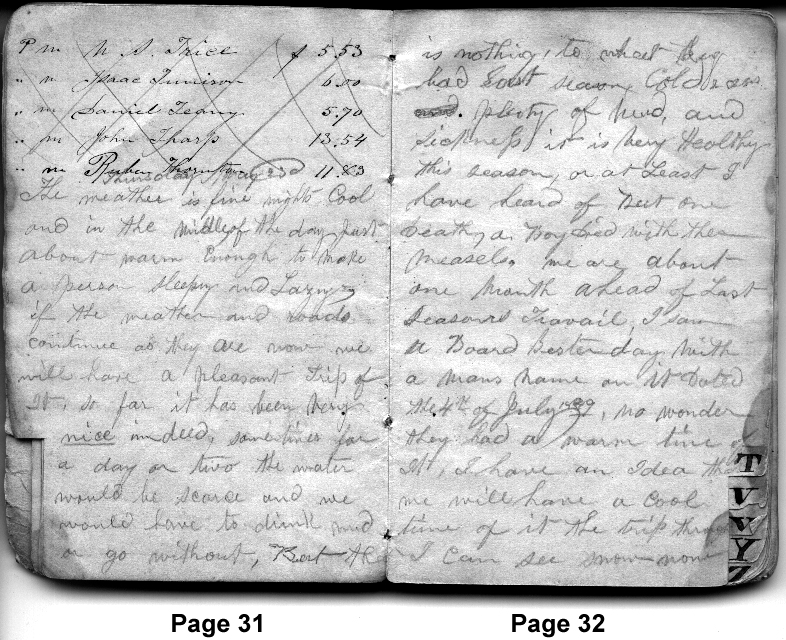 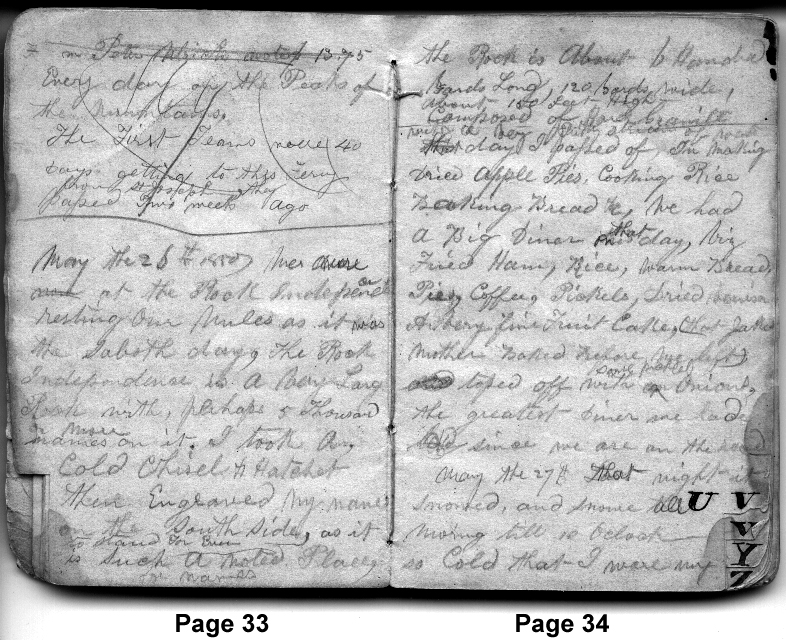