At age 29, he traveled from Pekin to California in 1850 as thousands of pioneers did from their own homes during the days of the gold rush. He made the journey with a friend, two mules, and a wagon arriving in California in the late summer of 1850. There he married, raised a family, and made a life for himself and his wife, Leanna, mining gold. Located near Jamestown, California the App Quartz Mine was one of the top gold producers of the southern mines on California’s “Mother Lode”.

On about March 23, 1870, a year after John sold his share in the App Mine, he went on a journey to prospect for silver. Along with him was a traveling companion named John, a horse to ride for each of them, and one packhorse. News was circulating of various types of ore, particularly silver, being discovered near Ivanpah, California. It was a place located near the Nevada border in the Mojave Desert and in the southern part of Death Valley. This opportunity for discovery was what attracted John to that area in the Clark Valley.

Only the diary entries of John’s 1870 prospecting story are transcribed here. However, the rest of the pages of his diary book detail other fascinating information such as a formula for steel welding flux, a cure for cancer, directions and measurements for the trip south, and details about some of the mines along the way and in the Clark Valley area.

Through the years his diary has been remarkably preserved and was originally in the possession of Mrs. Pat (Heiskell) Hillman, Tulare, California, a great-granddaughter of John. [note: it has since been donated to the Bancroft Library at UC Berkeley, the largest repository of western history in the US]. The diary measures 3.6 inches (9.25 cm) wide, 6.3 inches (16 cm) tall, 0.8 inches (2 cm) thick, and has a black, fabric/paper covering with plain paper pages bound with string. John wrote his diary in pencil. The handwriting is his. The book has become fragile with age, but is still very much in readable condition. 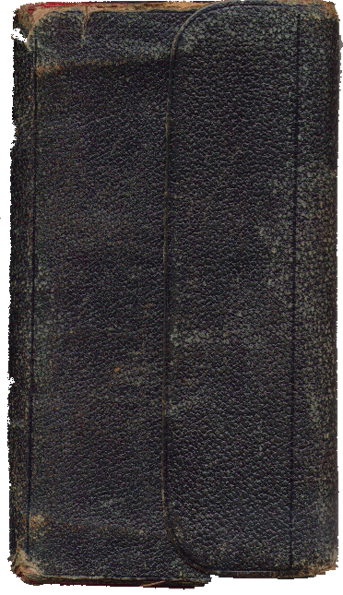 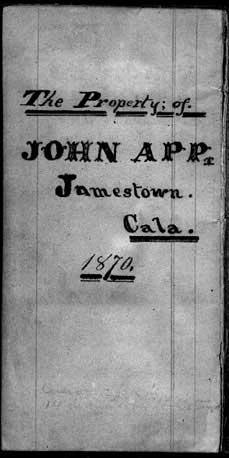 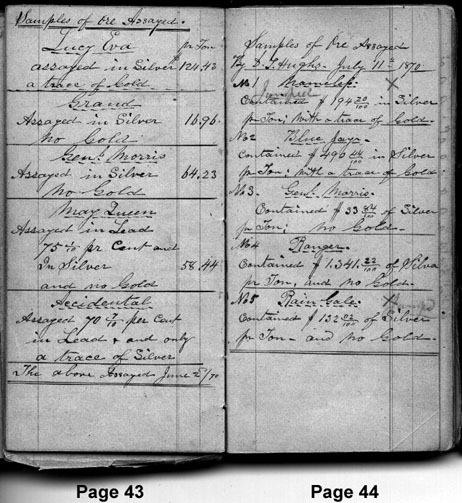