It has been a little over two days and 67 miles (108 km) since John App and Jake passed by Ash Hollow. Now they are passing the first really unusual geologic formation to be seen by emigrants who had never seen a mountain or even a bluff. It is called “Courthouse and Jail Rock” (near today’s Bridgeport, Nebraska) because of what it resembled to those passing by from a distance. In the photos below, Courthouse Rock is on the right and Jail Rock on the left. In those days these two types of buildings were often paired together in towns and a dose of familiarity along the trail was something the emigrants would welcome. You can use your imagination when looking at the photos.

The base of the rocks stands at about 4,000 feet (1,220 meters) above sea level and the rocks are the erosional remnants of an ancient plateau. It was also a place where two main eastern trails merged to form a larger California-Oregon Trail. These kinds of sights and markers were milestones along the way that travelers used to track their progress and to keep encouraged.

Buffalo, now, are becoming more frequently seen. John and Jake have been in Sioux Indian country and today he has an interesting diary entry about that.

Saboth, May the 12th.  this day I saw about 40 soux Indians in one Tribe and about 150 in the other  the only Indians I saw since we left ther mission 30 miles this side of St Joseph- the darndest Beggars I Ever saw  our mules were very much Frightened  when we got in their town Turned short about and made for the brush as if the old scratch was after them, did not Break anything, I sold 1/2 gall of Brandy, for 1 good Buffaloe Robe and one dollar in Cash, so I made the Robe Clear.  we made the Indians Presants of something to, Eat, Clothing for are use of the grass and meat as they Claim all, I had the H _____ ____ ____ ____ the Great the Indian Chief of the Souxs they number ninety Thousand in the Hole Tribe, they are scattered all along the road- But Friendly, we have some fun with them sometimes, Yet ther is some of them that will steal, and if they catch 2 or 3 from the road they will scalp them, for their, Guns & Horses, I have only heard of 2 that were run about 6 mile in camp,  the 2 men were out Hunting and Killed a Buffaloe, the Indians came across them and Chased them from their meat and drove them in camp, they dont like to have their Game killed off. 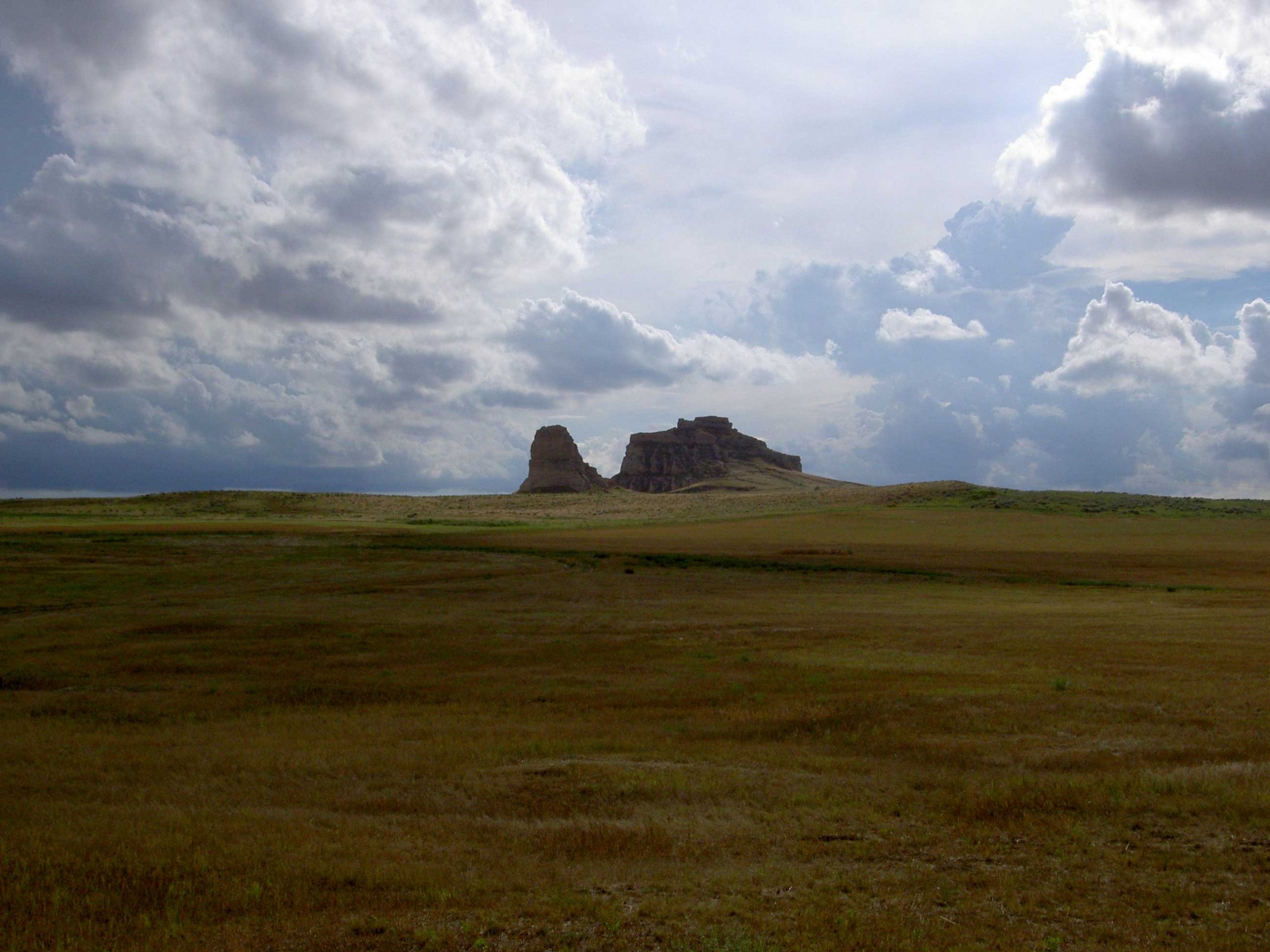 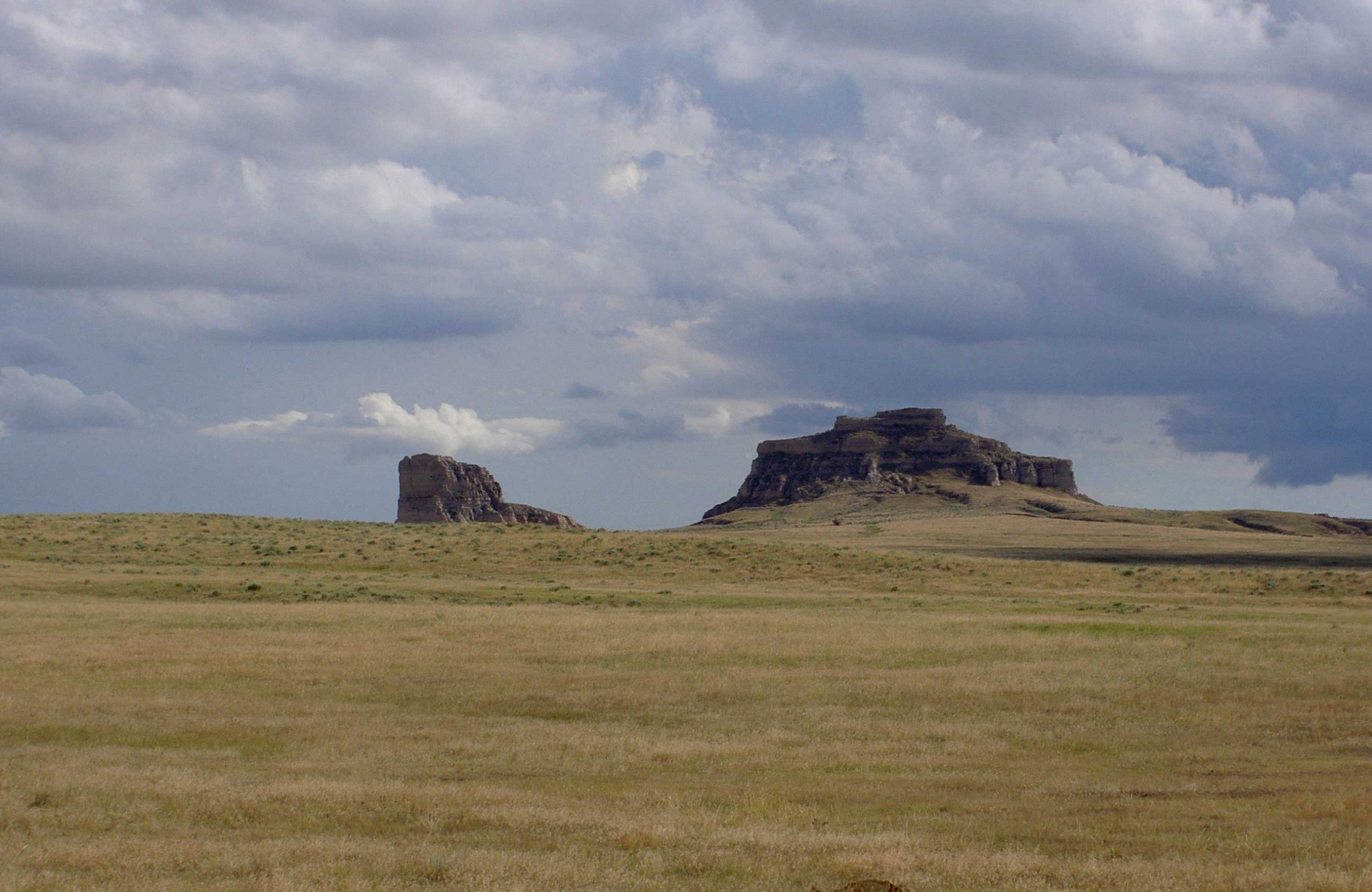 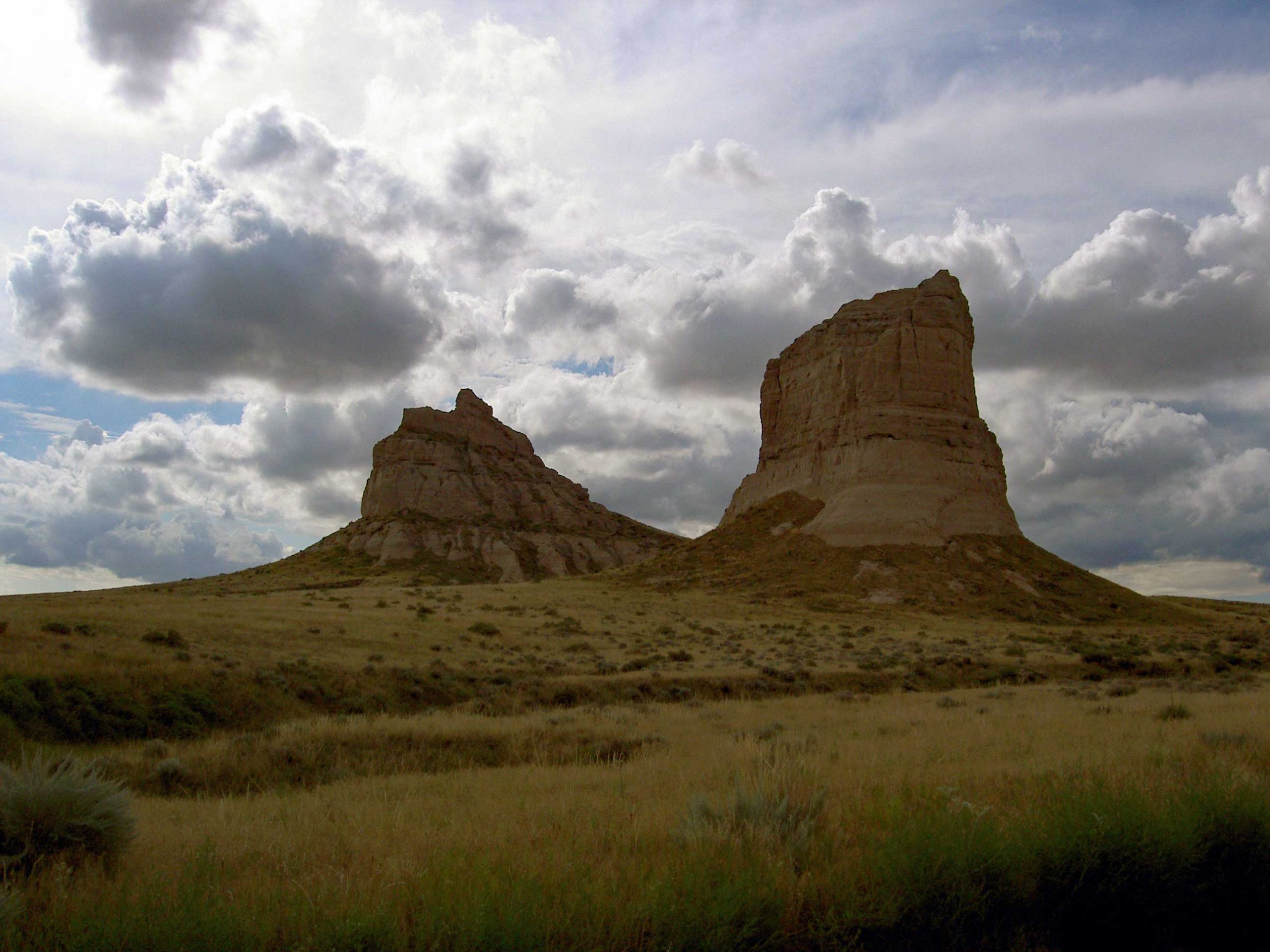 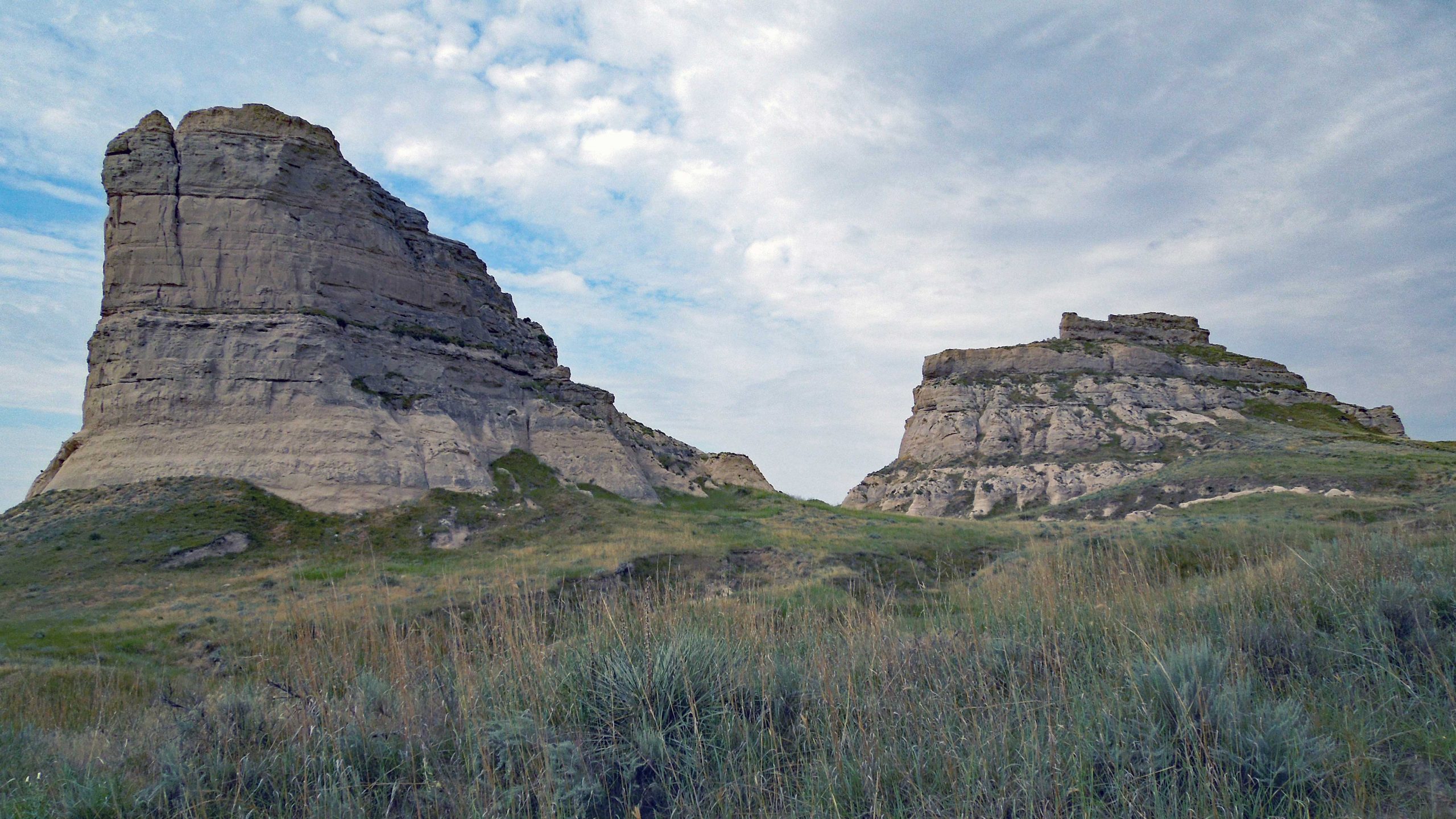 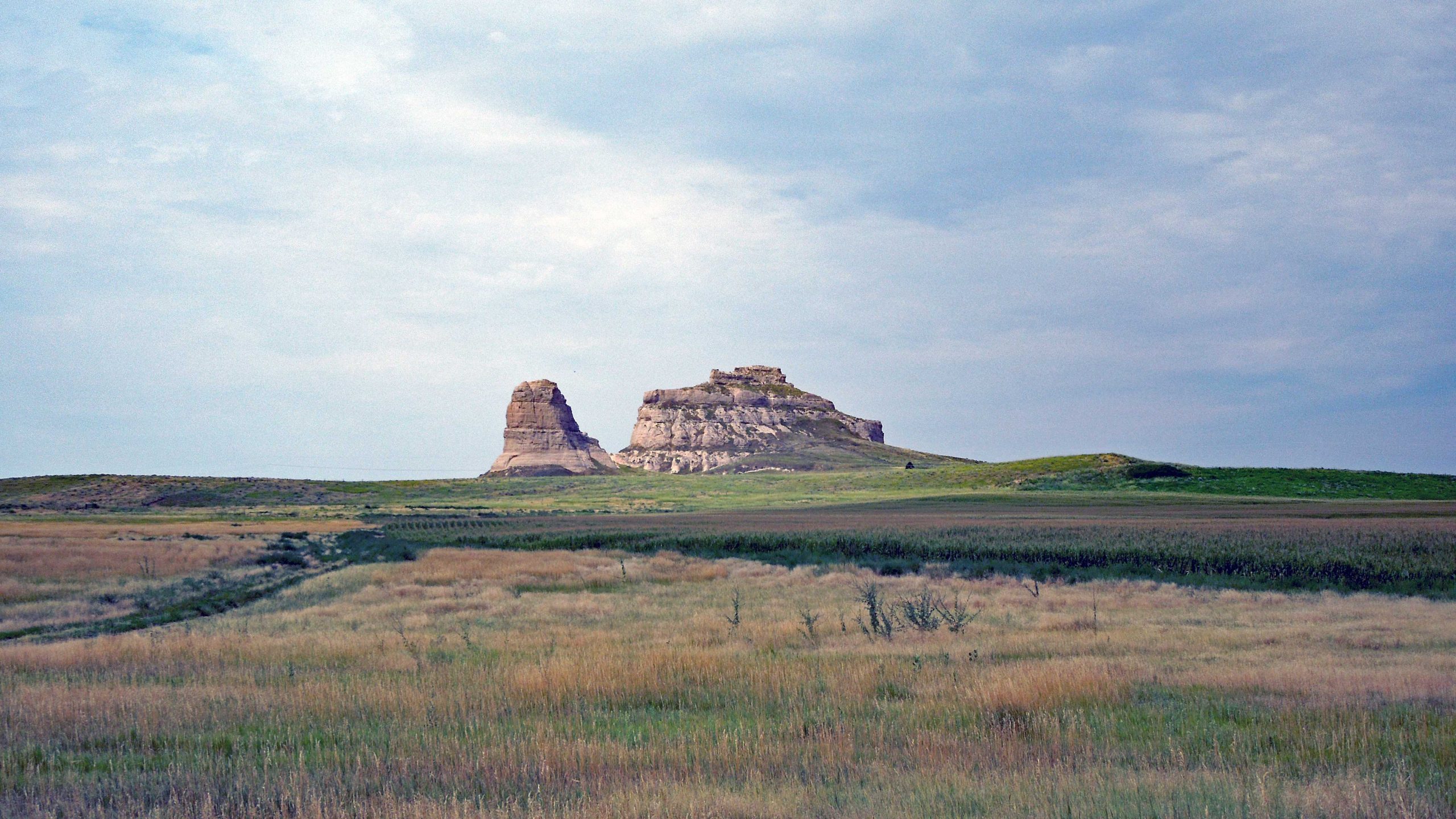 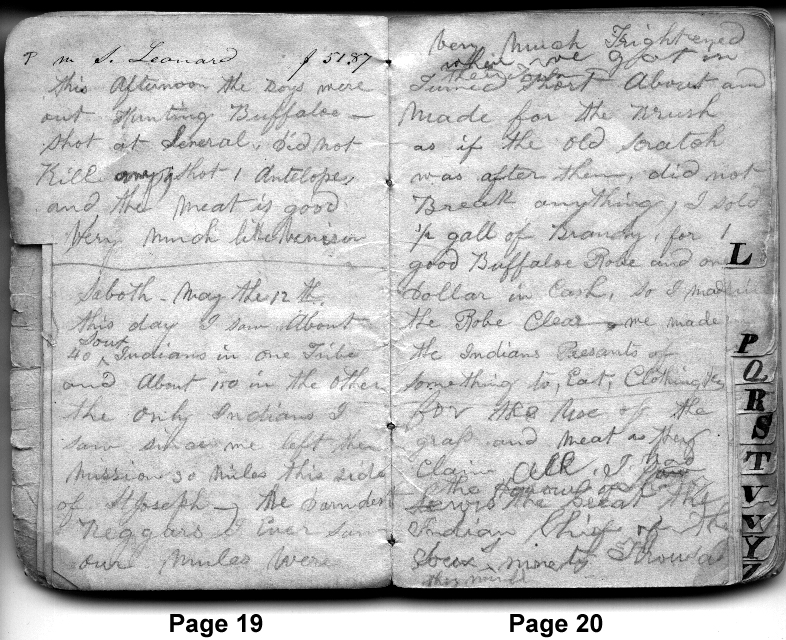 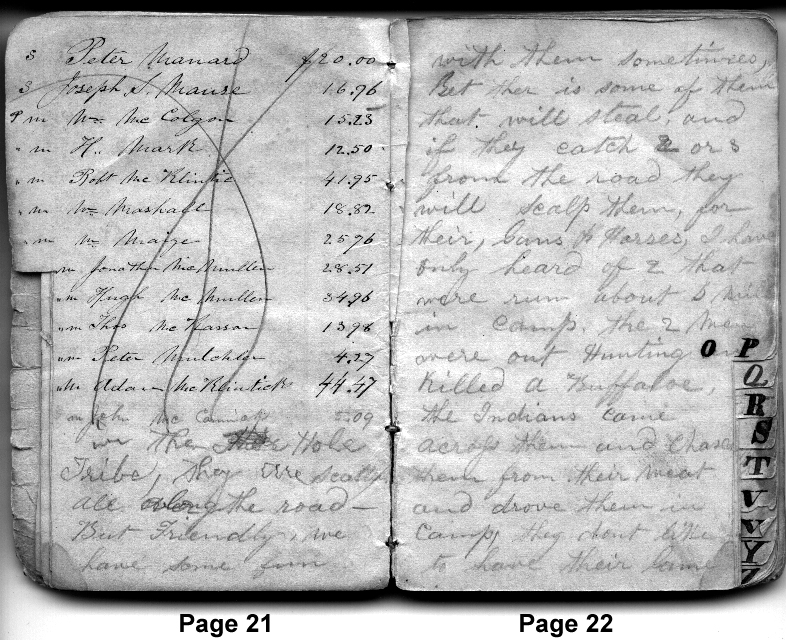 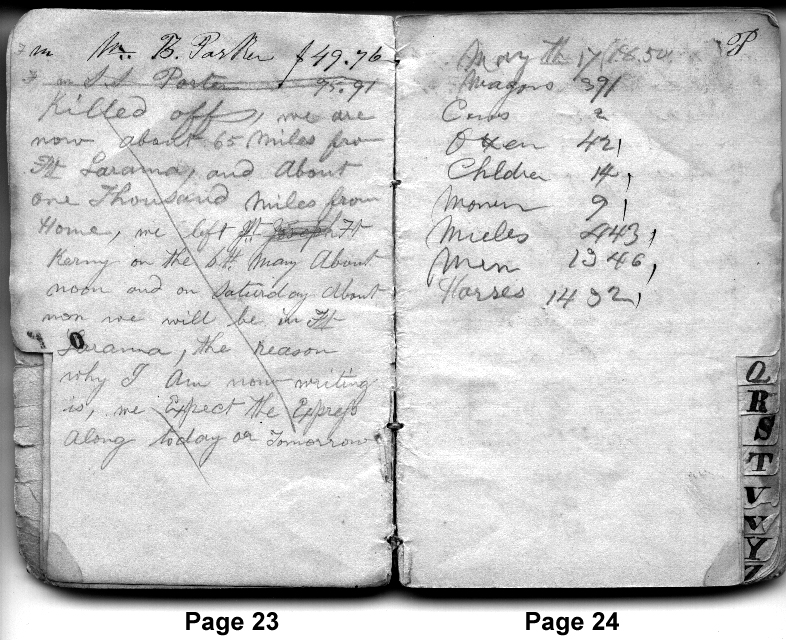 May 11  Frost last night, the fist Buffalo I saw, Passed 11 Teams had 2 buffalo chases only 2 rains since we left St Joseph this afternoon the boys were out Hunting Buffaloe- shot at Several, did not Kill any, shot 1 antelope, and the meat is good  very much like Venison