Michael App and his wife Elisabeth raised their four children in a snug log house on the land that Michael claimed upon his arrival. It was built in 1752, and contained just two rooms (the first floor and the second floor) with the entire west end being the fireplace. It measured about 20 feet (6 meters) on each side. The current homeowner purchased the “Old App Home” property in 1983. This house (photo taken in 1983) was of the original log house built by Michael App. Unfortunately, the house did not last much longer than 1985 when it collapsed onto the road and was removed.

The Lehigh Township Historical Society considers this to be the first barn in Lehigh Township, Northampton County, Pennsylvania. When the current homeowner purchased the property in 1983 the barn was in bad shape, and only held together with a web of steel cables. The corner on the left was almost gone. It also became too dangerous to leave standing after it partially collapsed (about 1985) so he had it taken down. Built shortly after his arrival in 1752 by Michael App, only a few stones remain to mark where one corner stood. If you ever wondered what a Colonial barn looked like, this is it.

A book about Lehigh Township (Northampton County, Pennsylvania) history mentions that a large rock on the App property is said to have been used by Native Americans for meetings and ceremonial purposes. Stories have it that Benjamin Franklin came from Philadelphia and met with Native Americans on a hill east of the borough of Walnutport. Known today by many as “Council Rock,” the stone is located along the north side of West Mountain View Road, which was designed and constructed to carry traffic from Berlinsville to Walnutport without disturbing the location of this important Native American legend.

Michael’s wife, Elisabeth, died in April of 1798 of causes that are not recorded. Some records indicate that Elisabeth was born in Germany and buried in the St. Paul’s Church graveyard near Cherryville, Pennsylvania; other records say that hers was a non-cemetery burial. It is possible that she rests next to Michael.

After Elisabeth’s death, Michael’s oldest son, Friedrich, built a stone house across the road (about 50 yards, or 45 meters) from the log cabin where he grew up. It was built with stone and logs from the area and originally held together (cemented) with horse hair and mud. The outside walls are about 2 feet (0.6 meters) thick and is the original construction except for a small kitchen area added in later years. Walnut logs were used since they were plentiful in the area. In 1986, after the original log cabin collapsed, the new owner used some of its wood logs for fireplace mantles and other purposes in the house. He also restored as much of the house as possible according to Colonial standards. Although the original color of the outside wooden trim is unknown, the color today is the official color of “Colonial Blue.” The house was completed in 1799, as evidenced by the maker’s stone at the top near the roof. It reads:

Michael married a second time (in 1800) to Hannah Magdalena Ero Scholl, a widow with grown children. They had no children together. It was a marriage of two older people both with children from previous families. Michael was a widower in his mid-70’s, and Hannah (b. July 7, 1738 in Germany) was a widow in her early 60’s. From a comment in Michael’s Pennsylvania Supreme Court case involving his will, not all of the step children thought well of one another based on Michael’s son, Friedrich, calling Hannah’s son, Philip Scholl, “a good for nothing.” 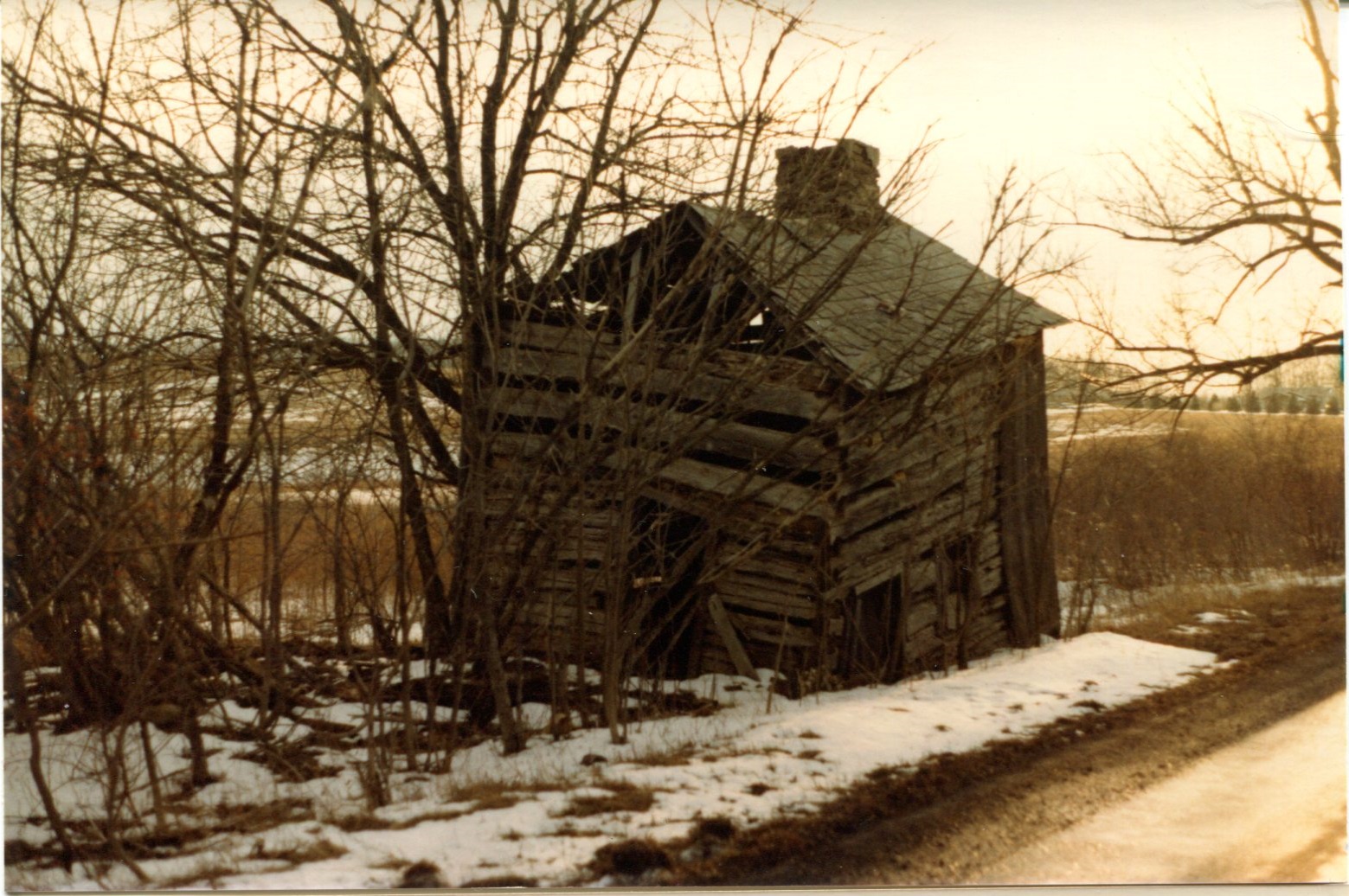 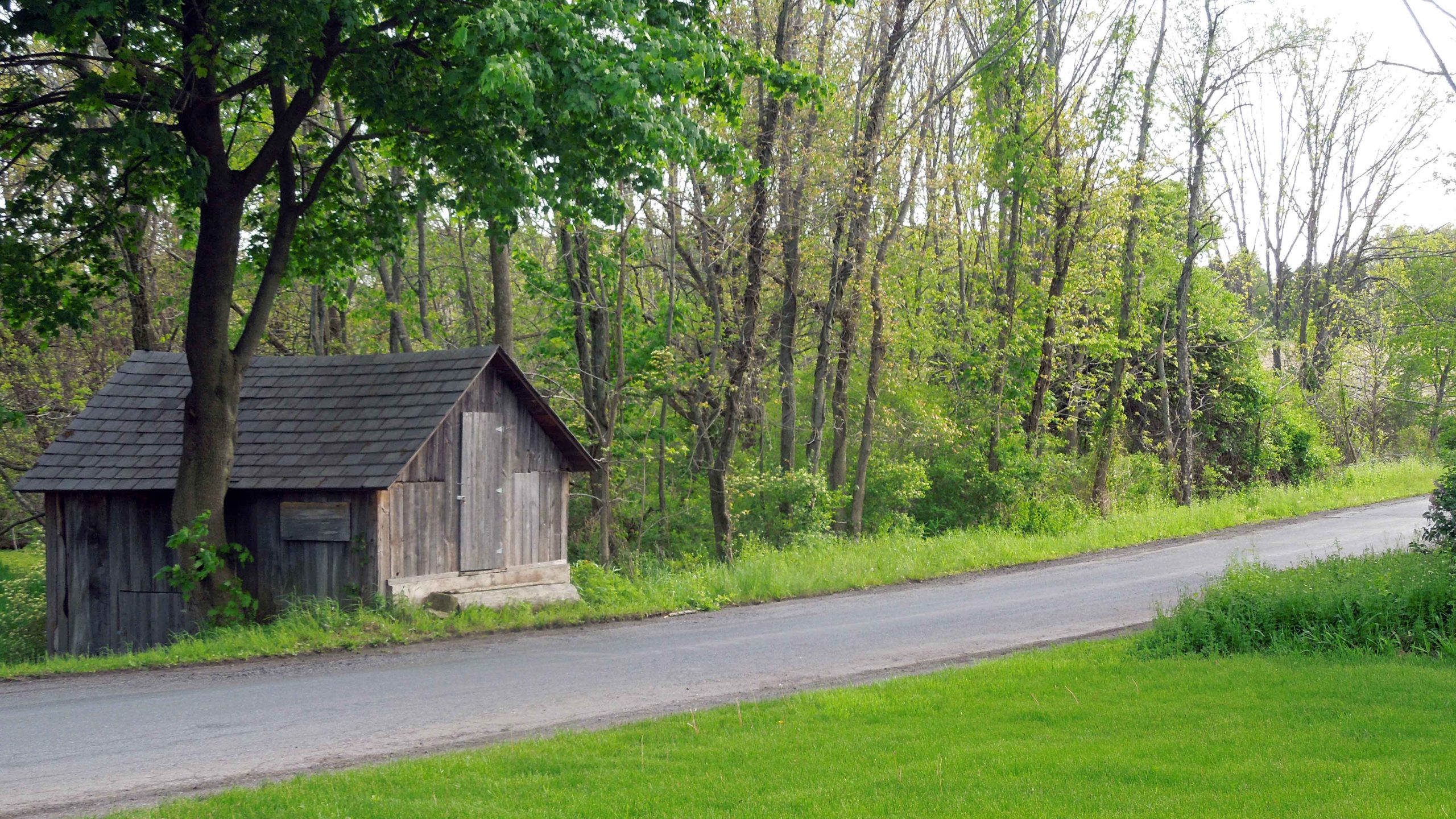 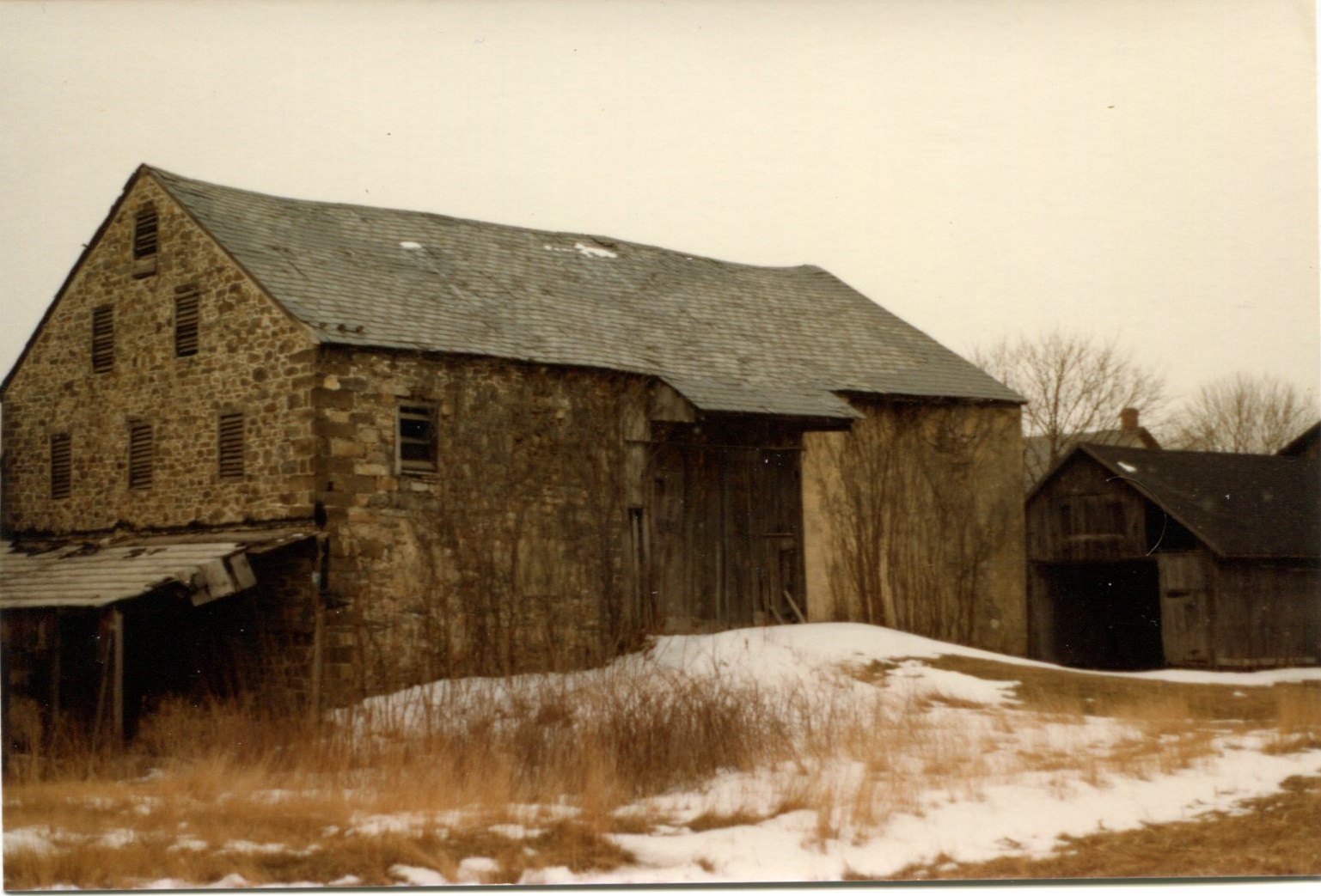 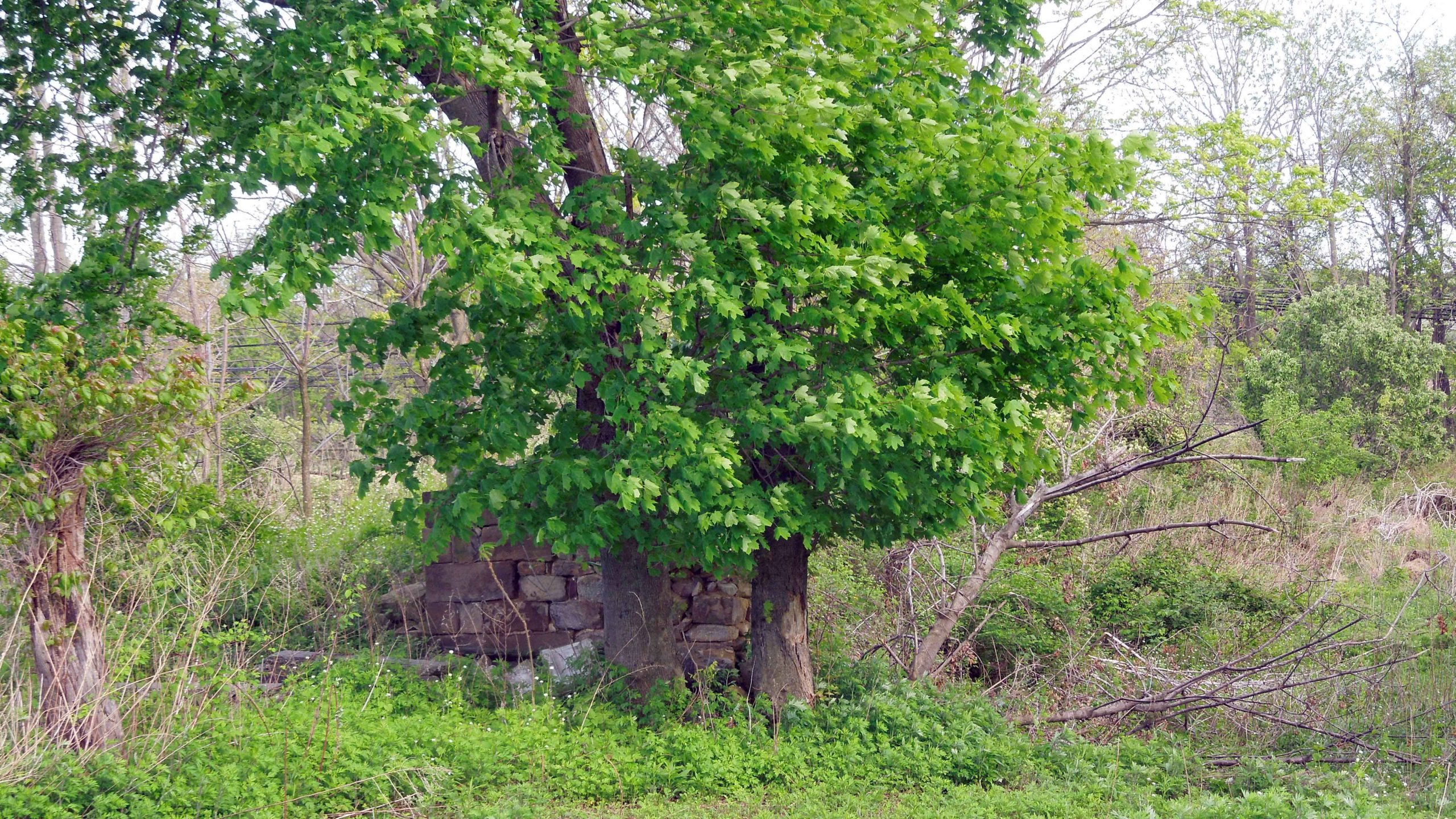 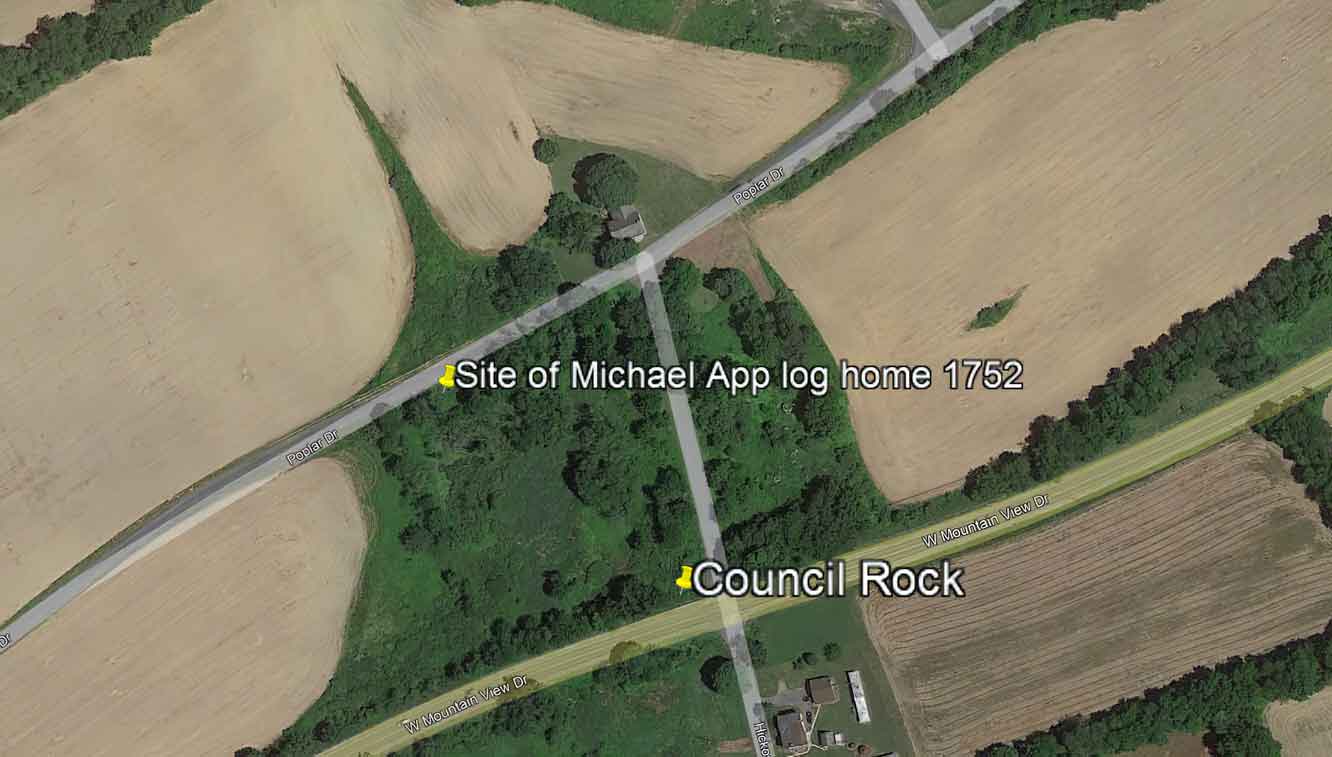 Location of "Council Rock" on the App property 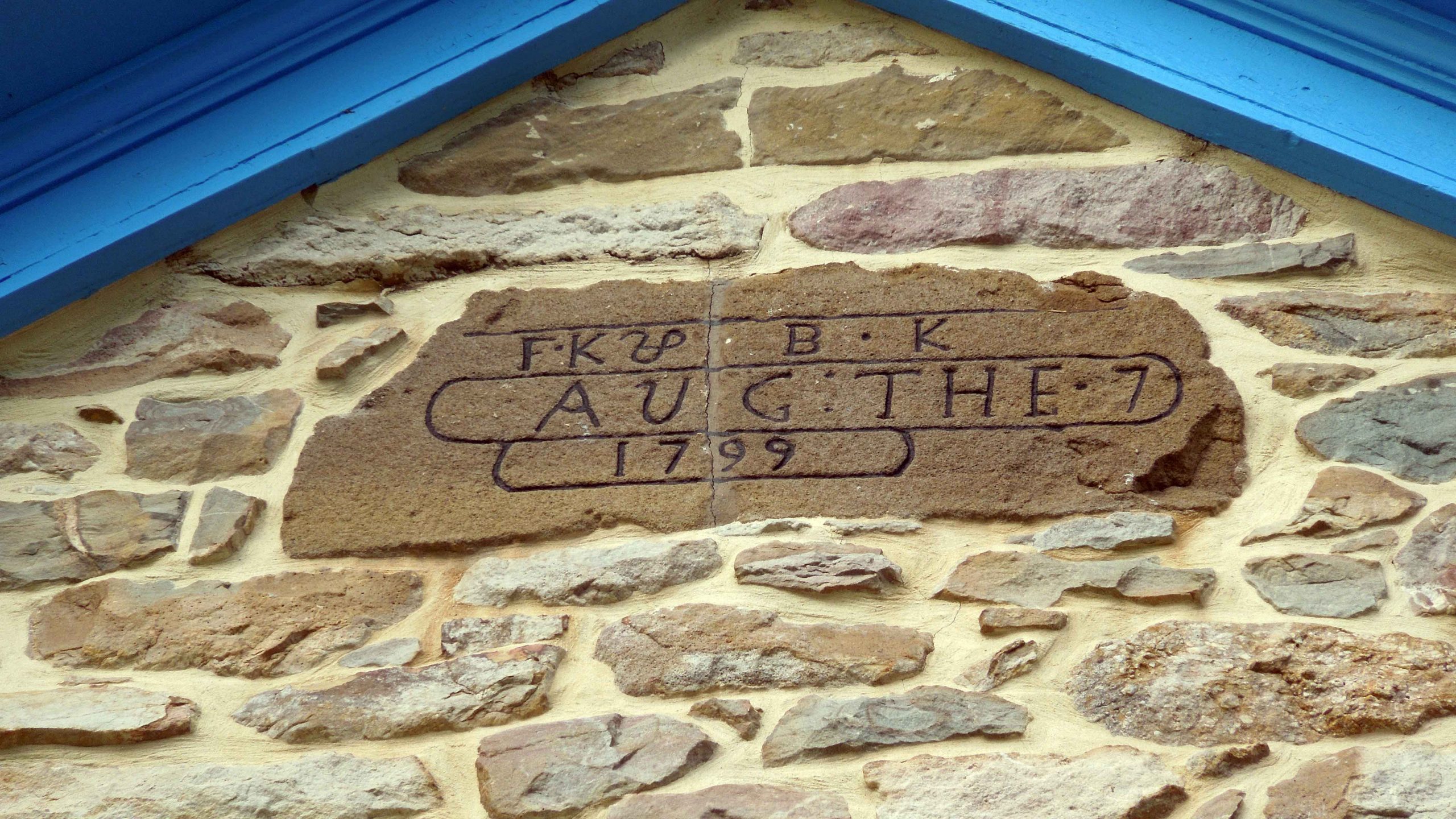 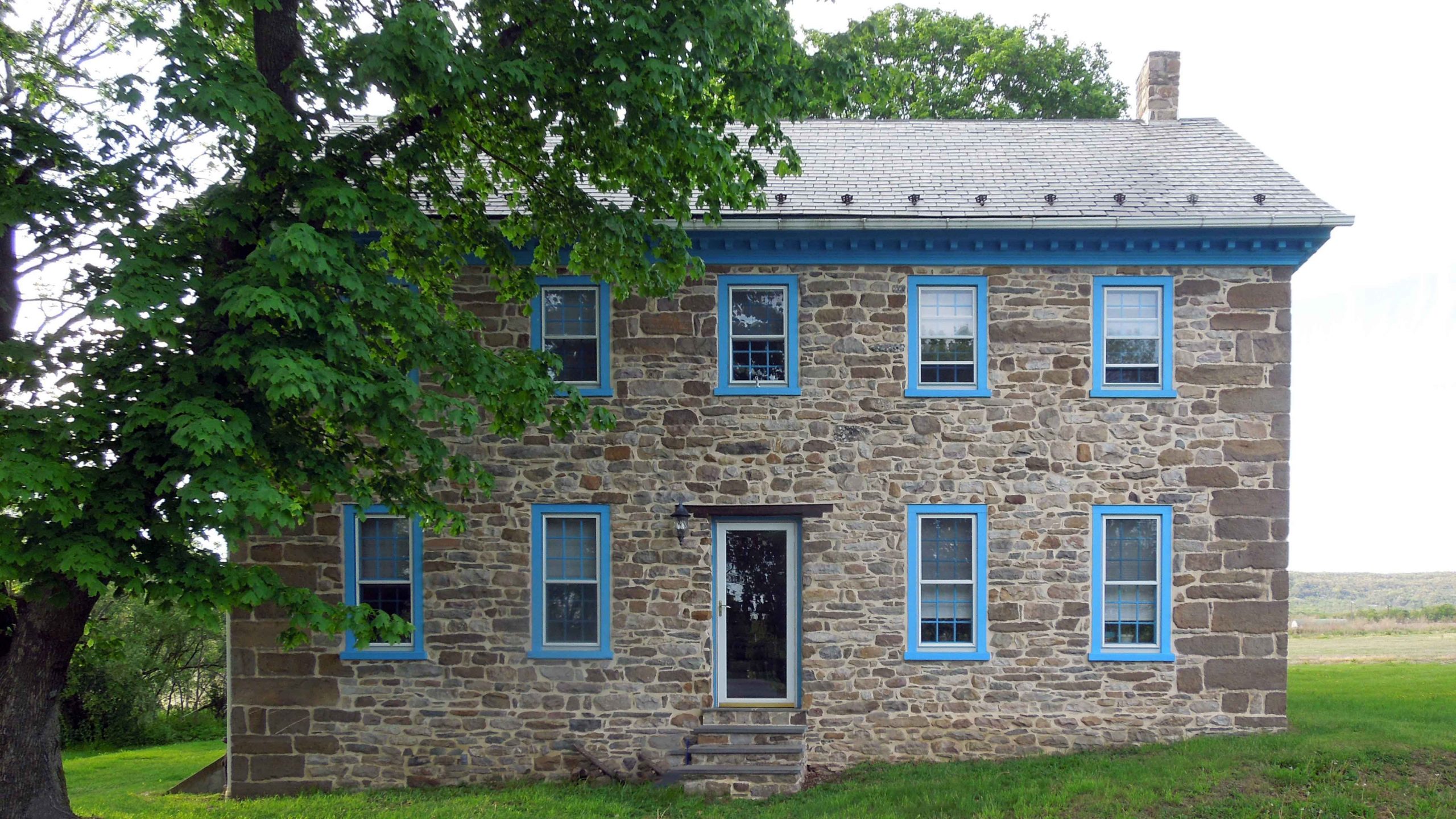 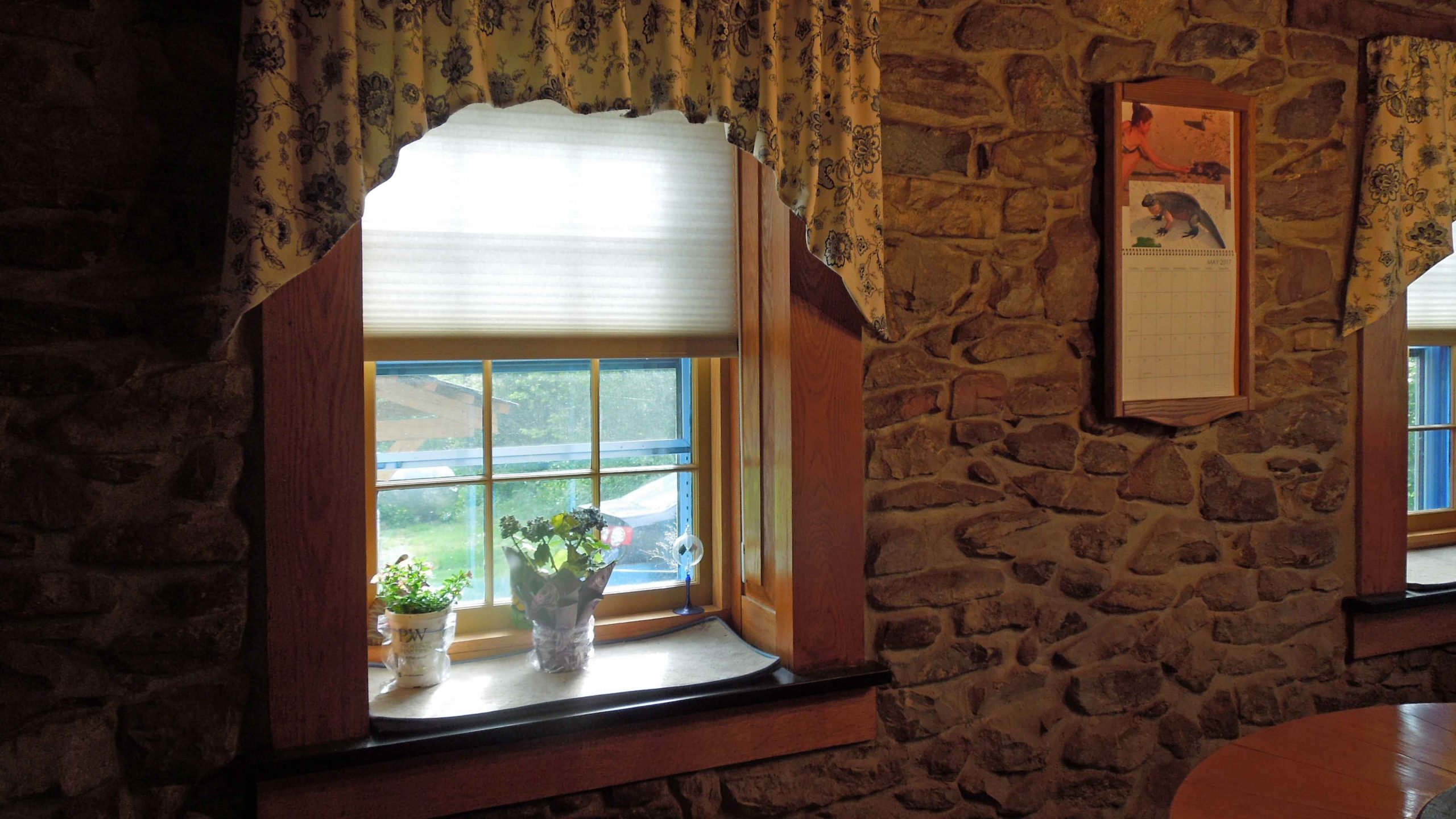