ON THE FORT HALL ROAD

After leaving the Sublette Cutoff, and before starting on the Hudspeth Cutoff at Soda Springs, Idaho, John App and his traveling partner, Jake, took the Fort Hall Road to the northwest and passed many places of interest with names known to emigrants as “Smith’s Fork on the Bear River” (Cokeville), Thomas Fork, and Peg Leg Smith’s Trading Post. They traveled by all of these places on their way to Soda Springs, but John did not write about any of them.

The photos below include interpretive signs marking the places, with current photos showing some of the terrain as it appears today. The text of the signs is as follows:

Between 1812 and 1868, these valleys were the domain of American Indians, fur trappers and traders. During the 1830s and 1840s they became a well-traveled pathway of emigrant trains traveling to Oregon and California. Known as “Smith’s Fork on the Bear River” to fur trappers and pioneers, Cokeville acquired its permanent name after the discovery of near-by coal deposits that produced coke, an intense burning, virtually smokeless product.

In that year, gold-seeking 49’ers developed a shortcut (practically US 30, west of here) which crossed this stream. By the early 1850s two bridges had been built and their enterprising owner was charging $1 a wagon toll – which not everyone could afford. Penniless emigrants struggling in the water cursed while richer companions comfortably clattered across the bridges.

“In 1848, Peg Leg Smith established a trading post on the Oregon Trail at Big Timber somewhere near here on the river”

Some travelers called it “Fort Smith”, though it was only four log cabins and some Indian lodges. Packing a plow and tools from Salt Lake City, Smith (a mountain man who had to amputate his own leg 20 years before) tried unsuccessfully to raise crops. But he did a big business when the California gold rush of 1849 brought thousands past here. 49’ers reported that he had many horses and cattle, and was making $100 a day. 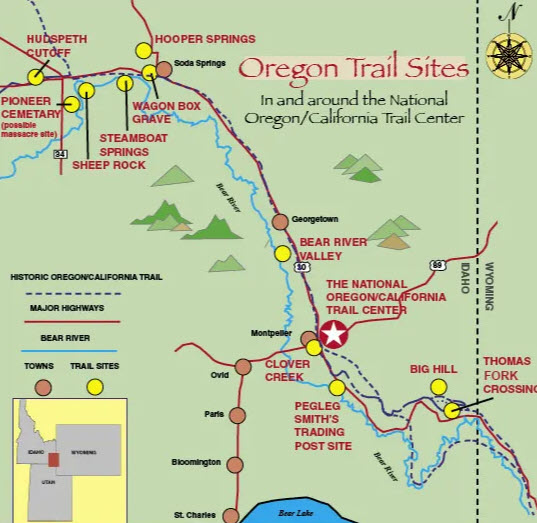 From the Sublette Cutoff to the Hudspeth Cutoff 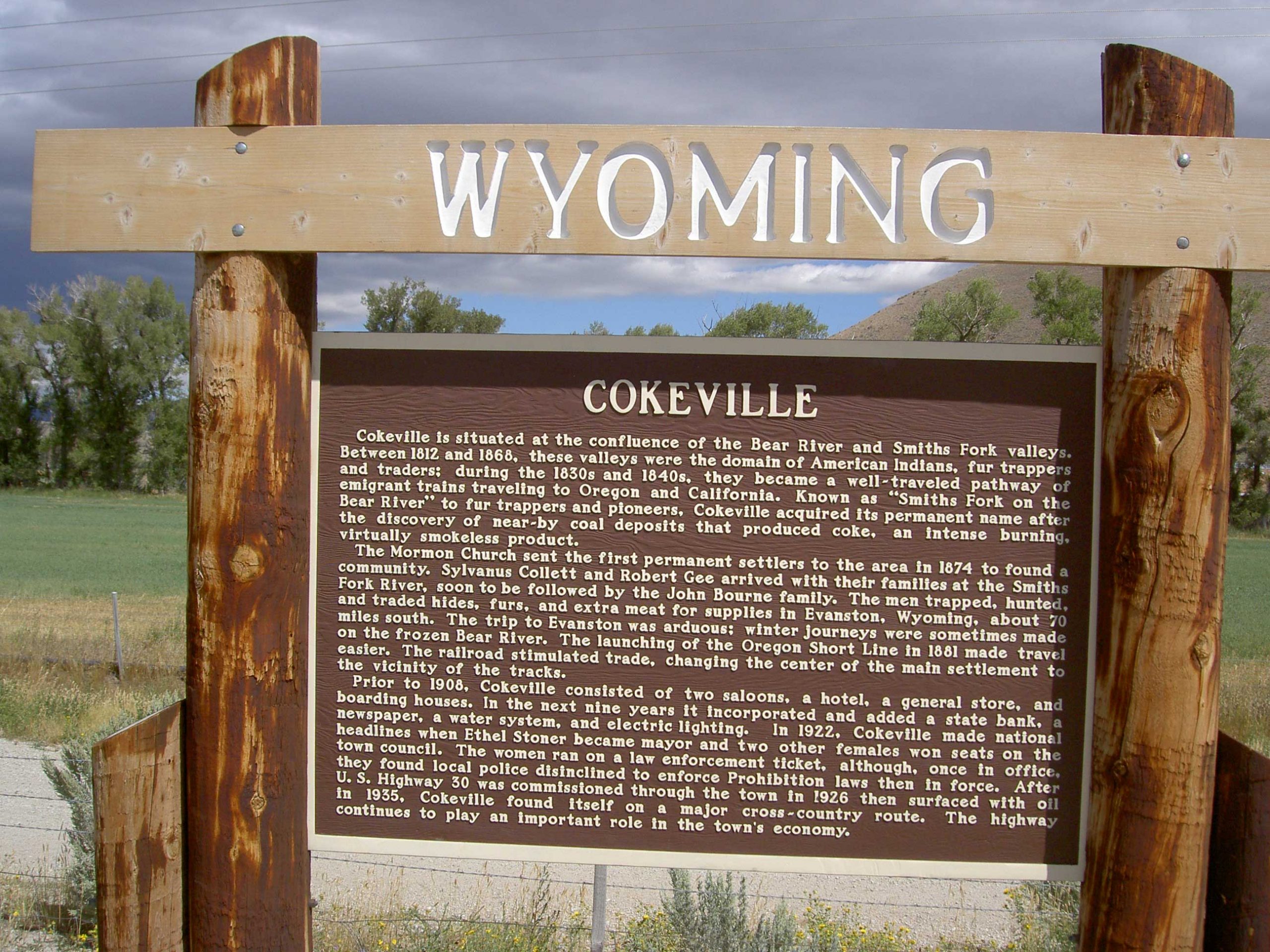 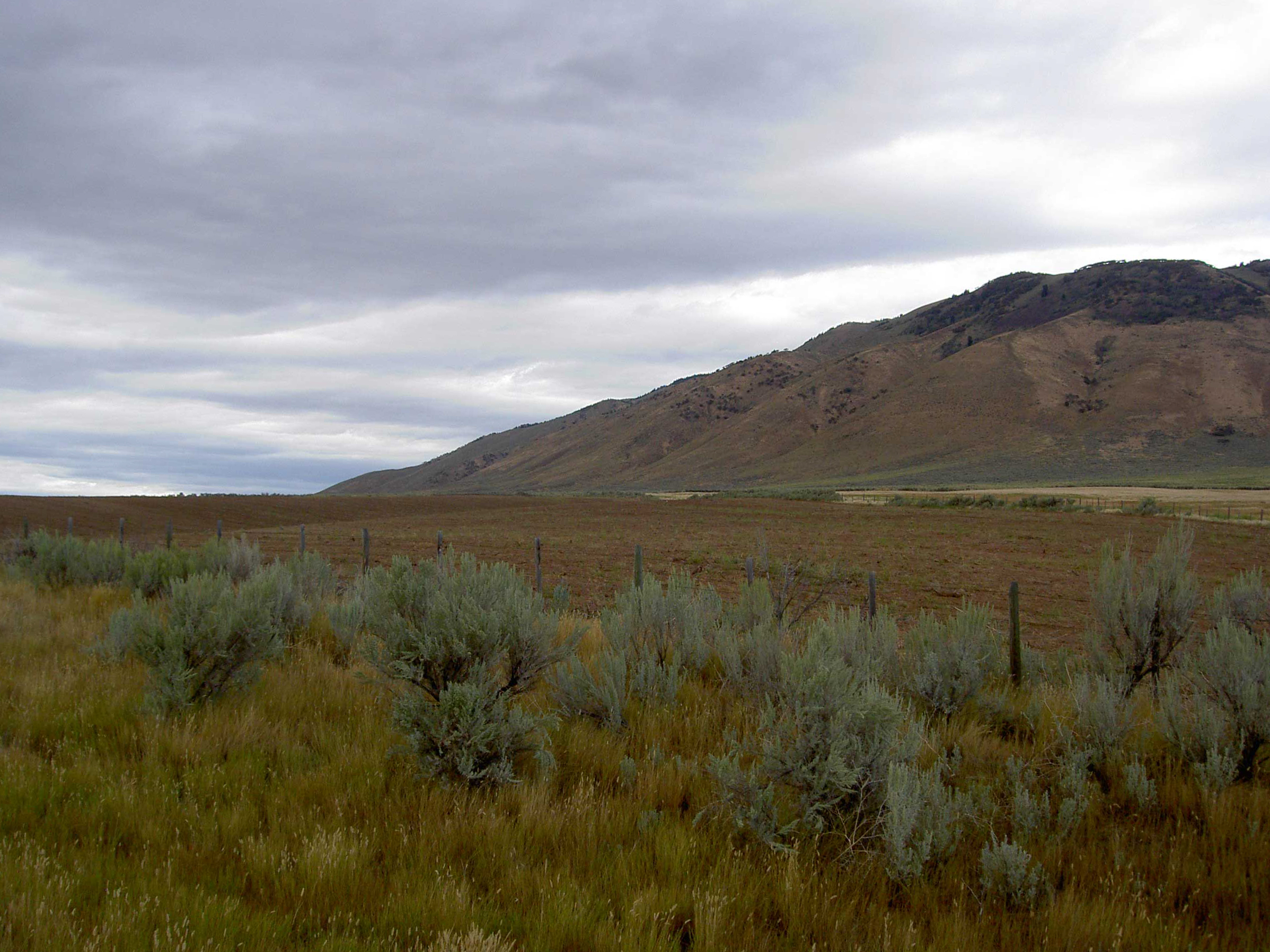 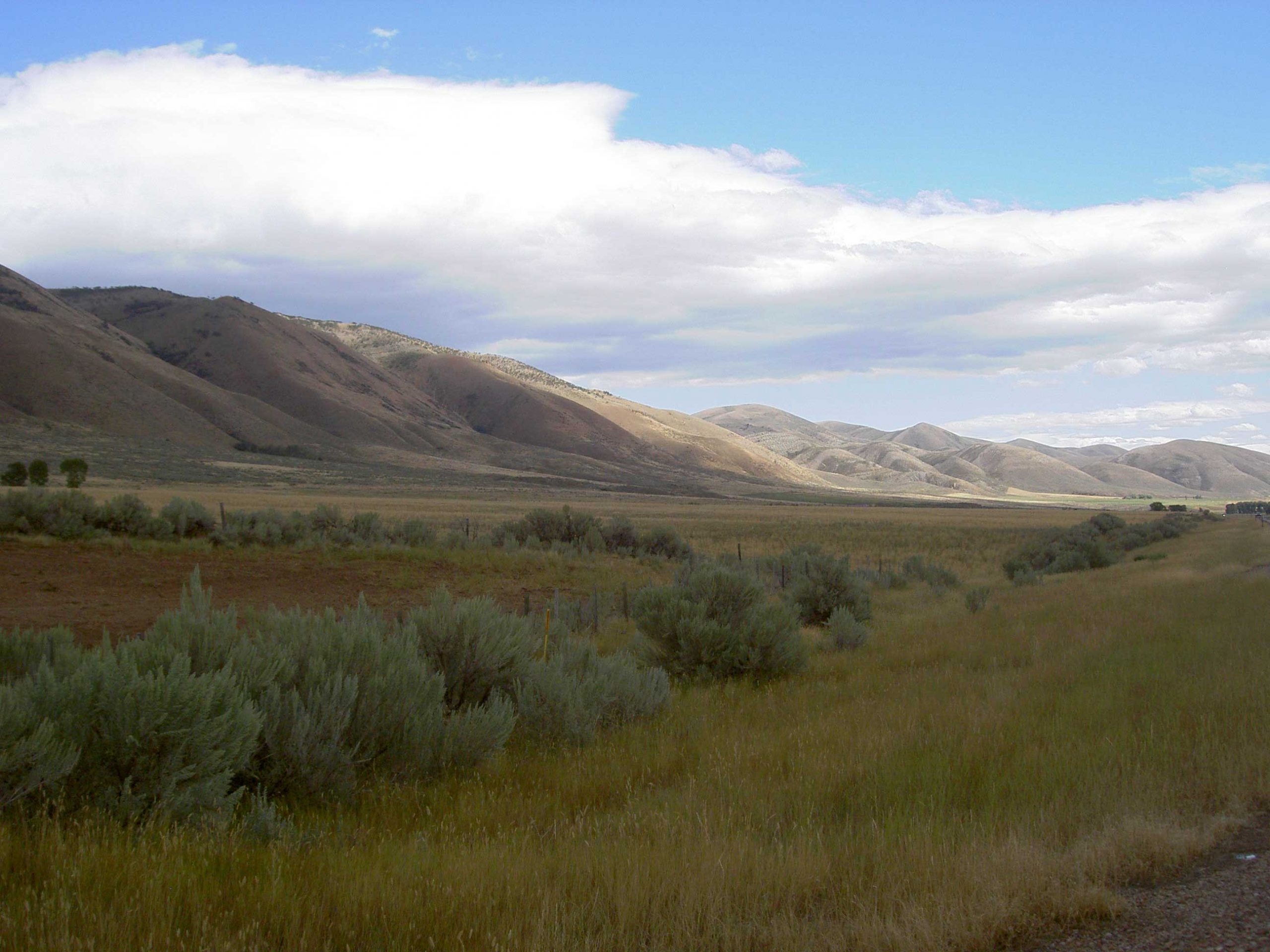 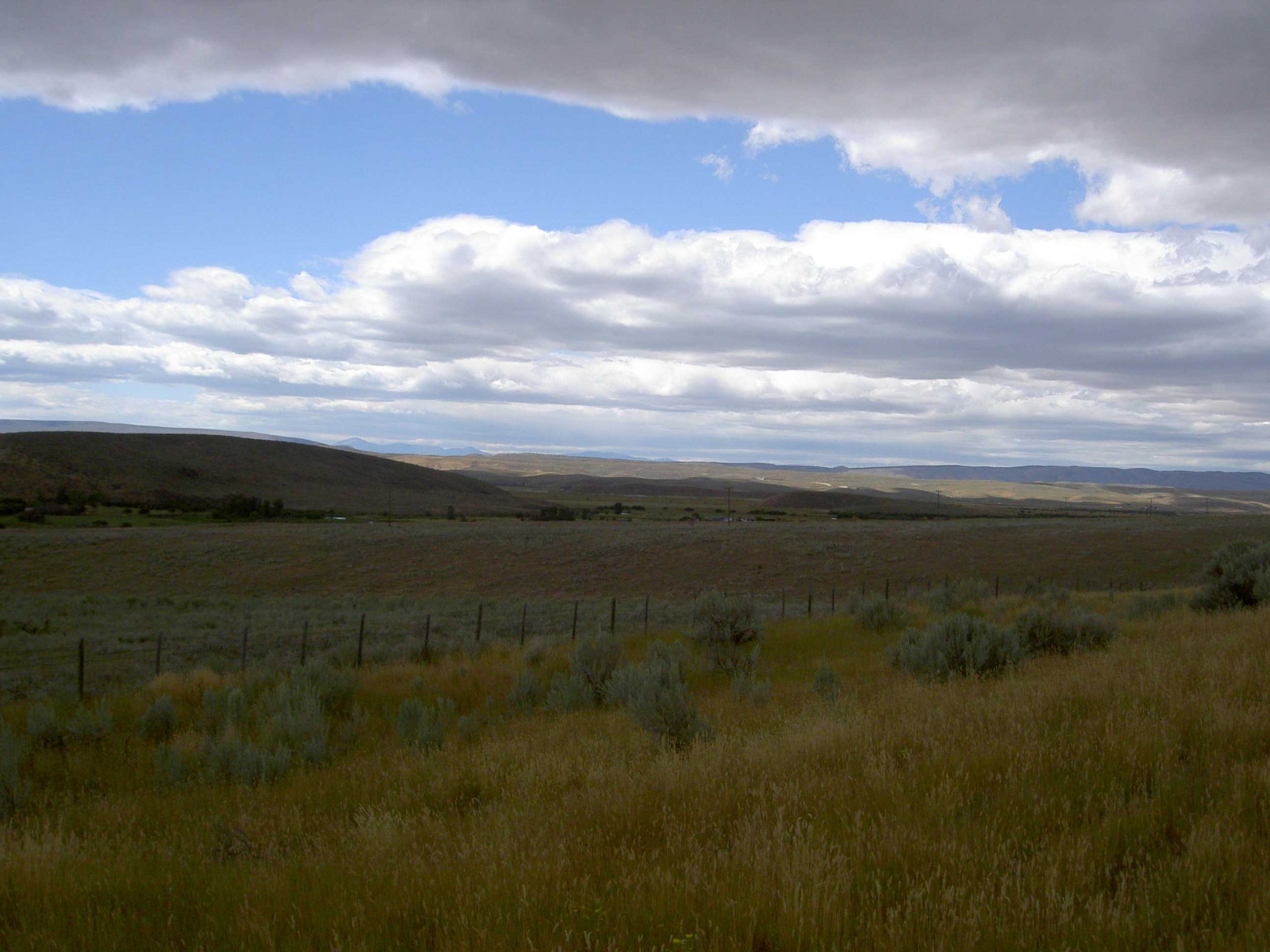 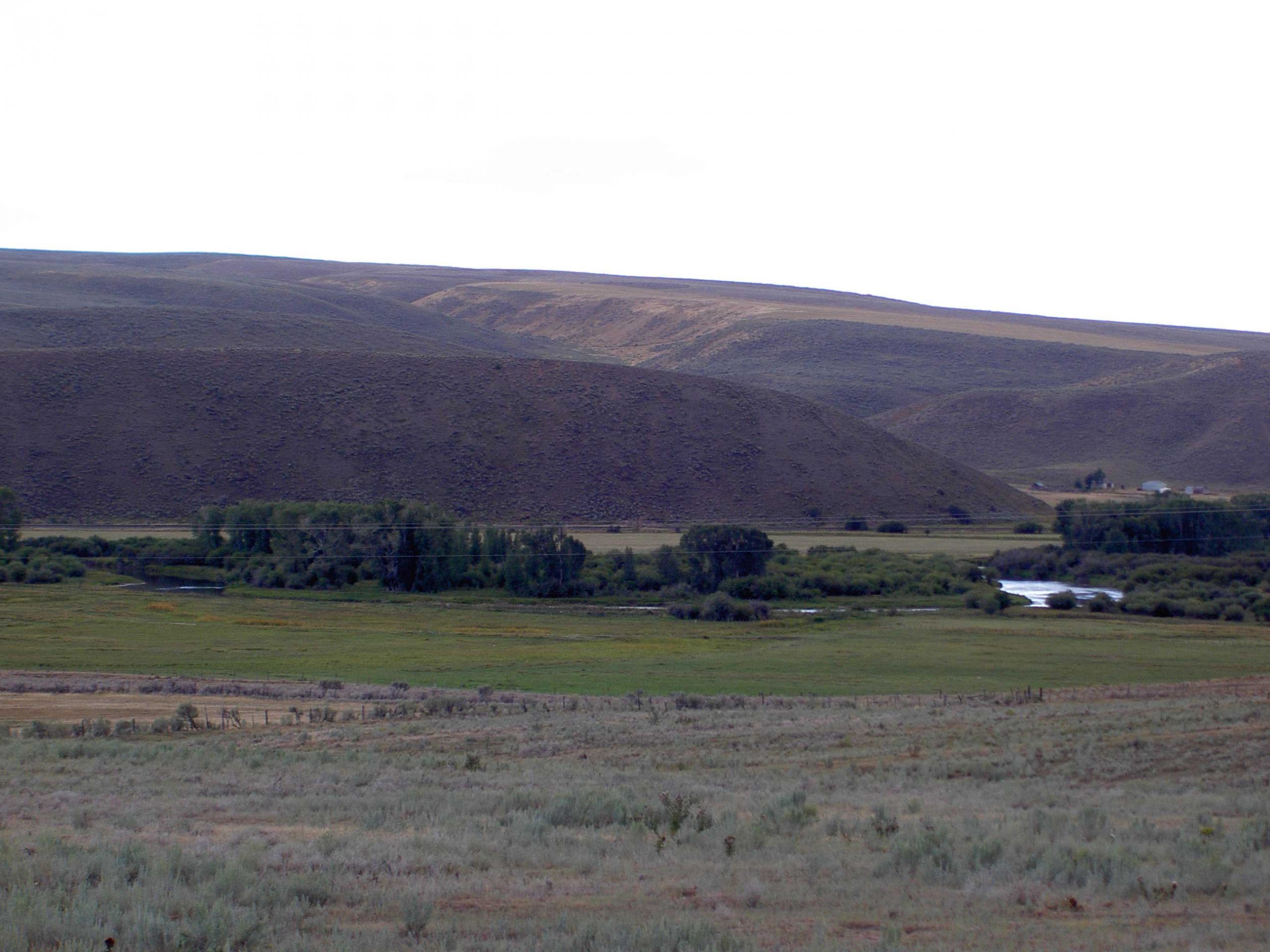 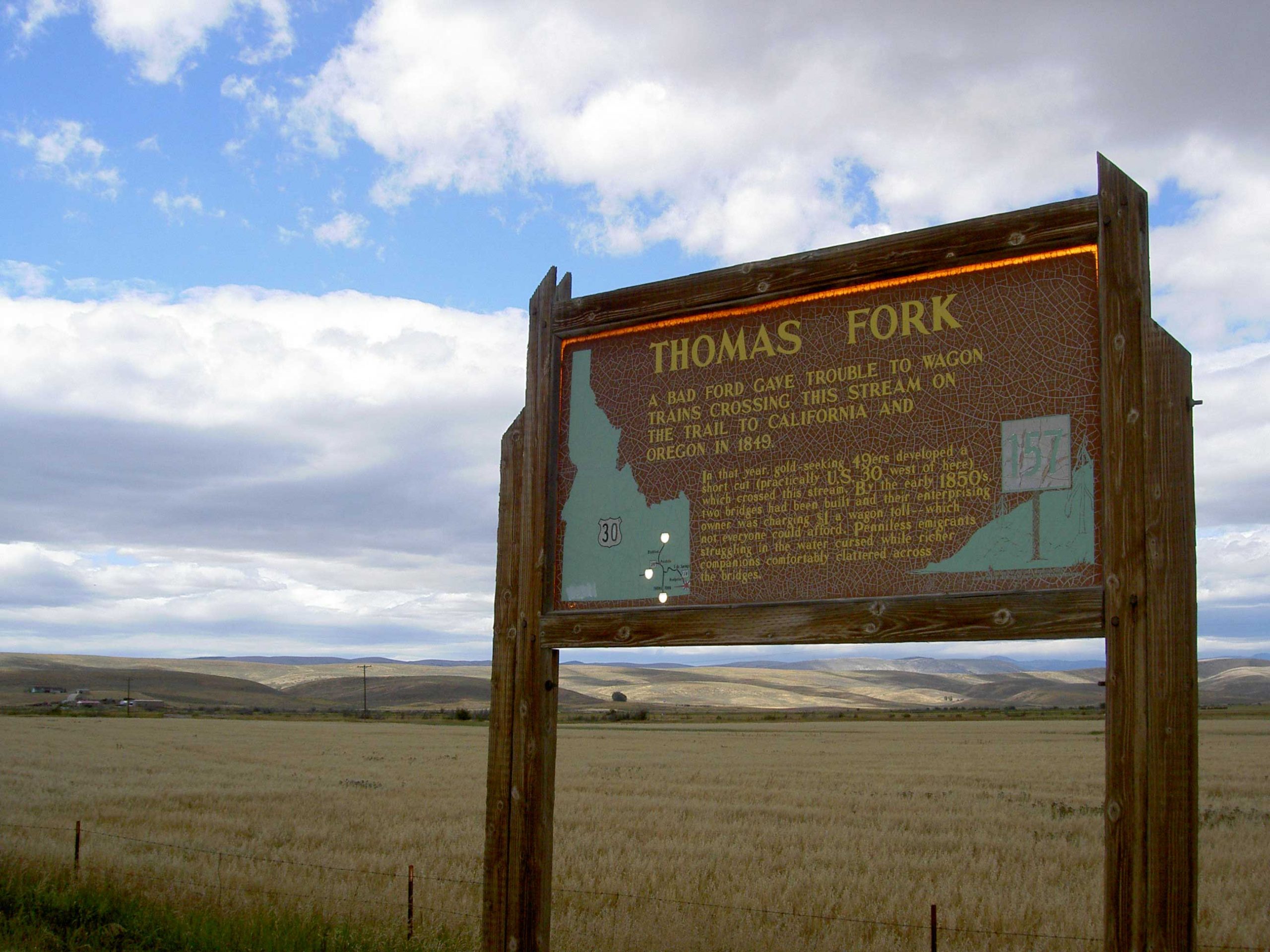 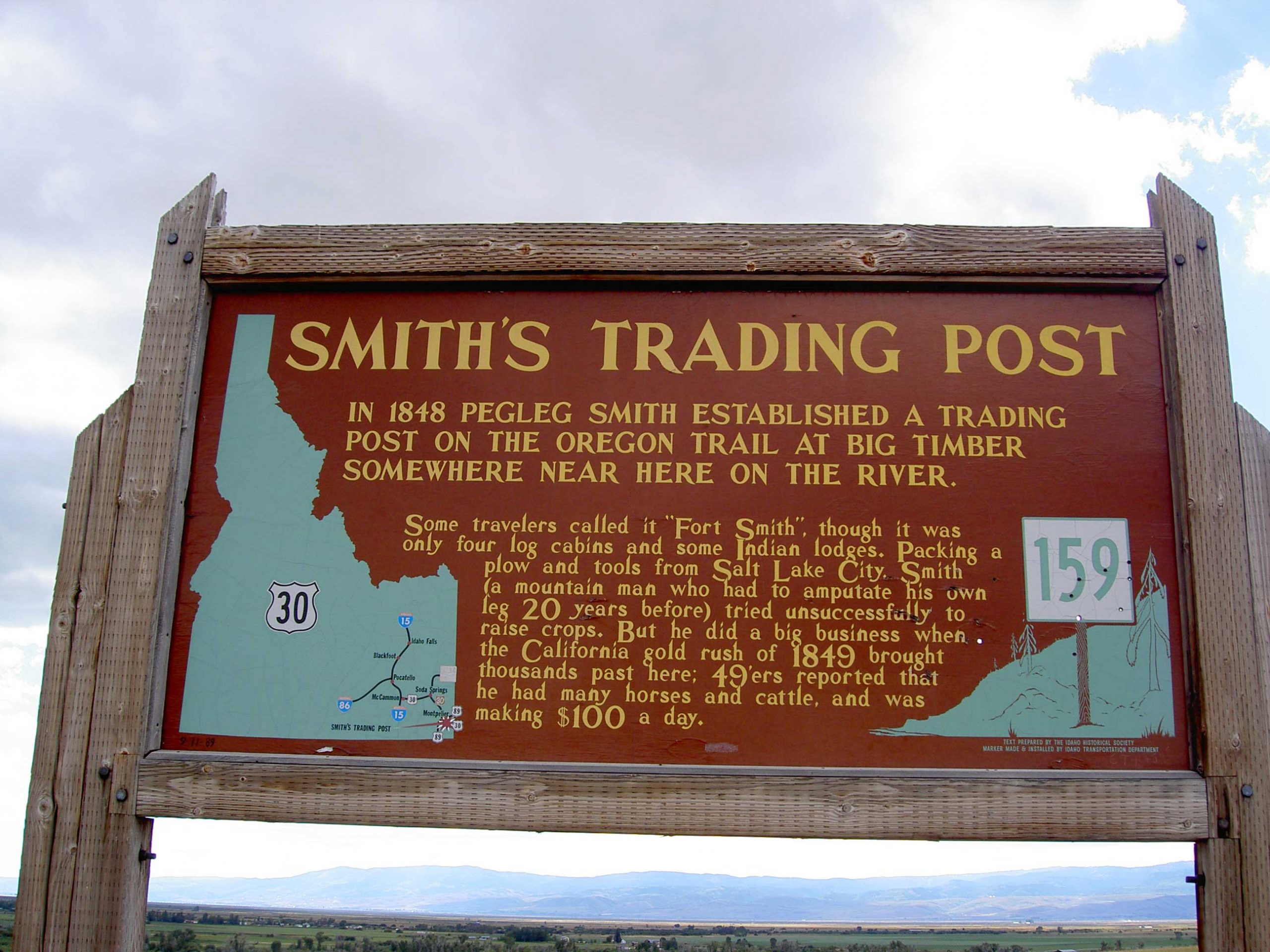 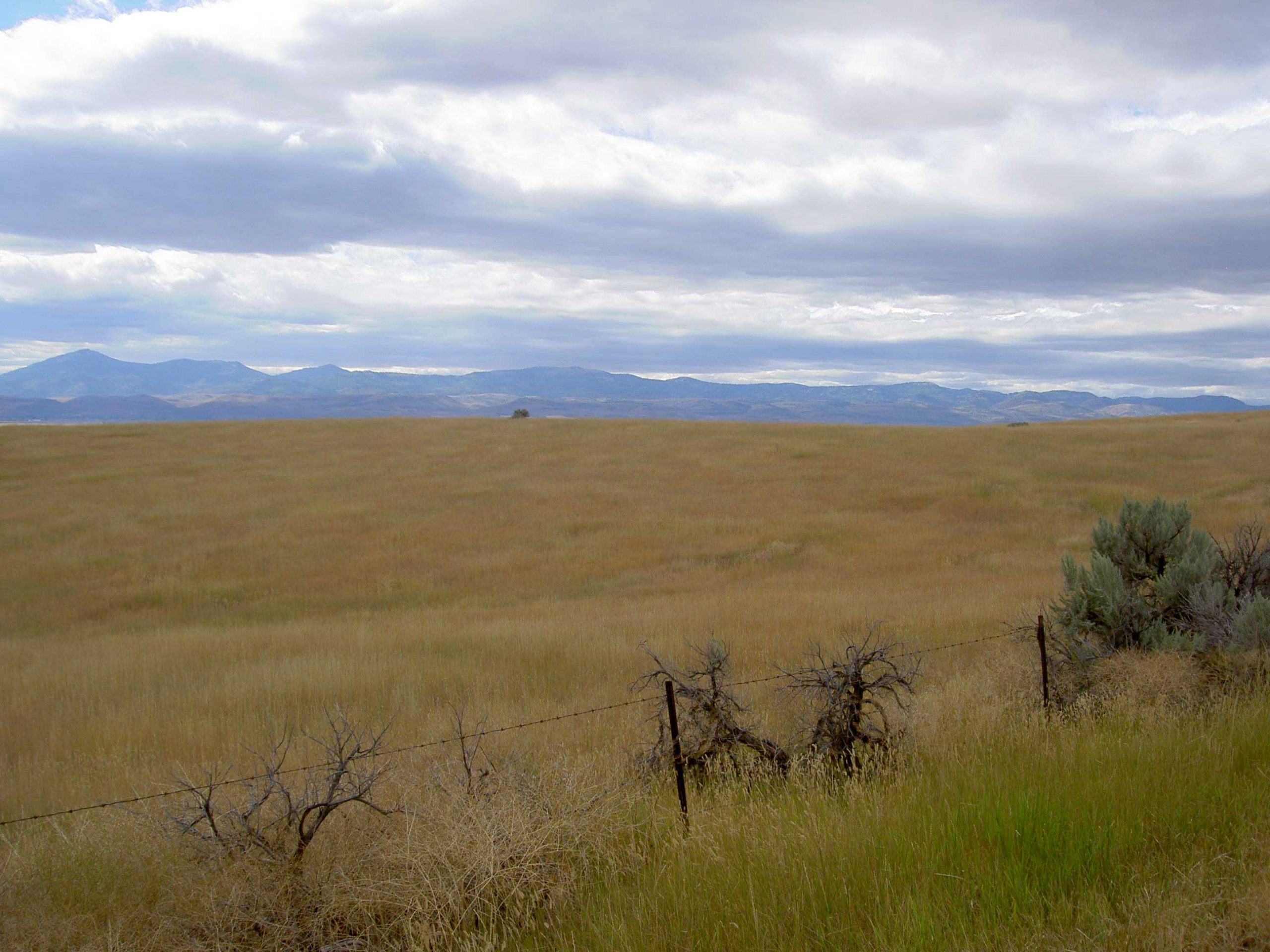 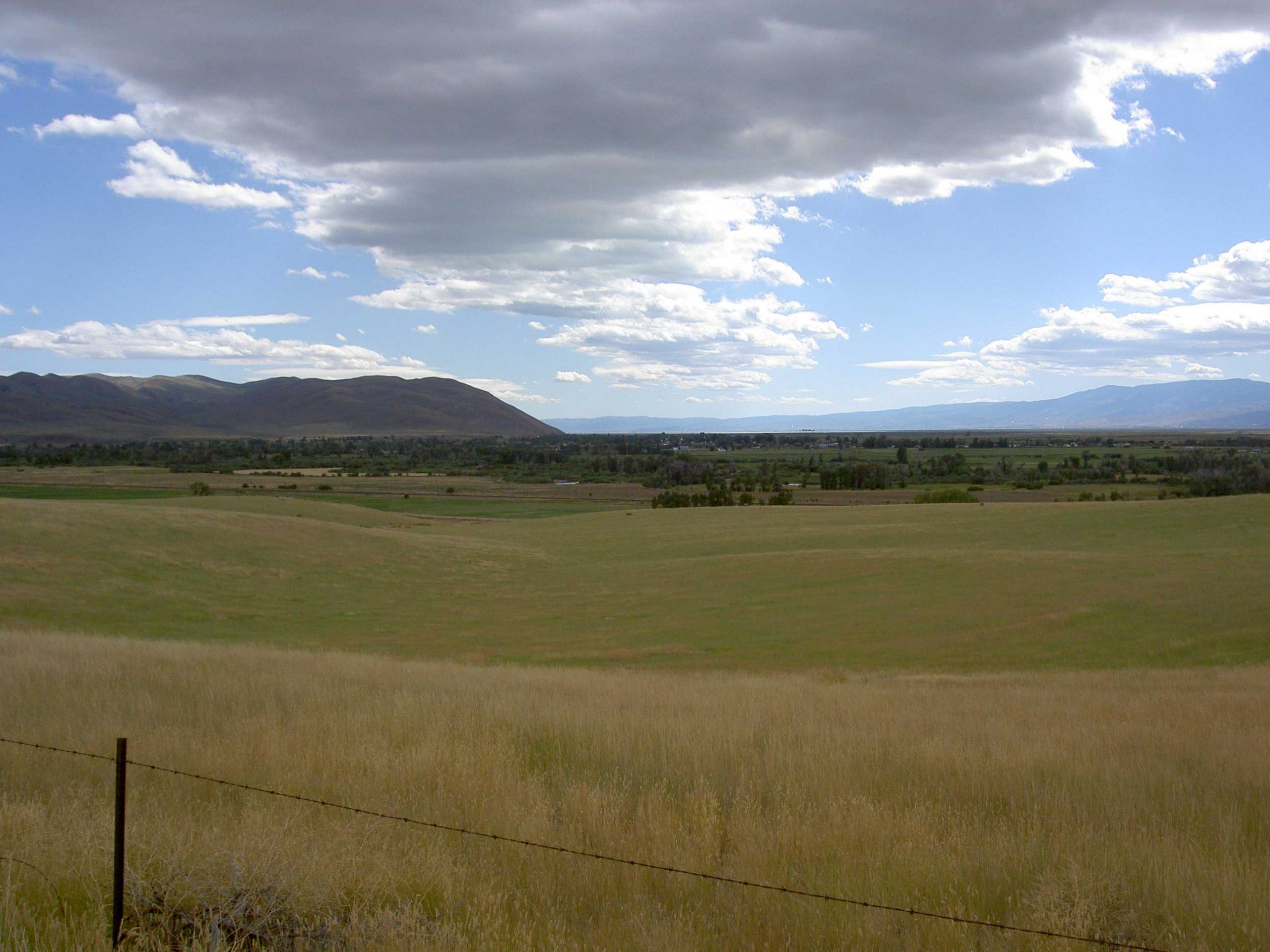