ON TO ST. JOSEPH

The first gold-seeker arrived at St. Joseph, Missouri in late January of 1849 and, a little more than a year later, when John App and his friend Jake were there, it was one of the busiest spots in the nation. Today they arrived just outside of town and are camped about 6 miles (10 km) northeast. This is one of several places along the Missouri River where emigrants launched their journey on the California-Oregon Trail. Among other popular starting places in Missouri were Independence, Kansas City, and even as far north as Council Bluffs, Iowa. Until now travelers from the east, like John and Jake, have done their best getting to St. Joseph any way they could and by any route that was available. Some came with wagon trains and some did not. The journey became more formal once they crossed the Missouri River (at St. Joseph) where the trail was busier and wagon trains were re-forming. But, John and his friend, Jake, did not want to commit to that type of slower travel nor to the contracts that were required to join. They have mules and a light wagon instead of the slower oxen pulling heavier loads. They have outfitted themselves for speed.

Thursday Eveg Apr 18th – waked up this moring Sound and Clear  had a good Bed and felt fine, paid my Bill which was Only 12 1/2 cts and Left for the Camp ground, the Boys were all very glad to see me Come, this day was Cloudy and is now Threating rain. Jake Hurt his leg to day, By Letting the wagon wheel run over it But nothing very serious  he is a little Lame this Evening  Travelled about 20 miles and are now about __ miles from St Joseph, there is about 40 wagons in Camp this Evening  Paid 50 cts per Bus for 4 Bush Corn this day I Expect that will do us with what oats we have at St Joseph if it has arrived. 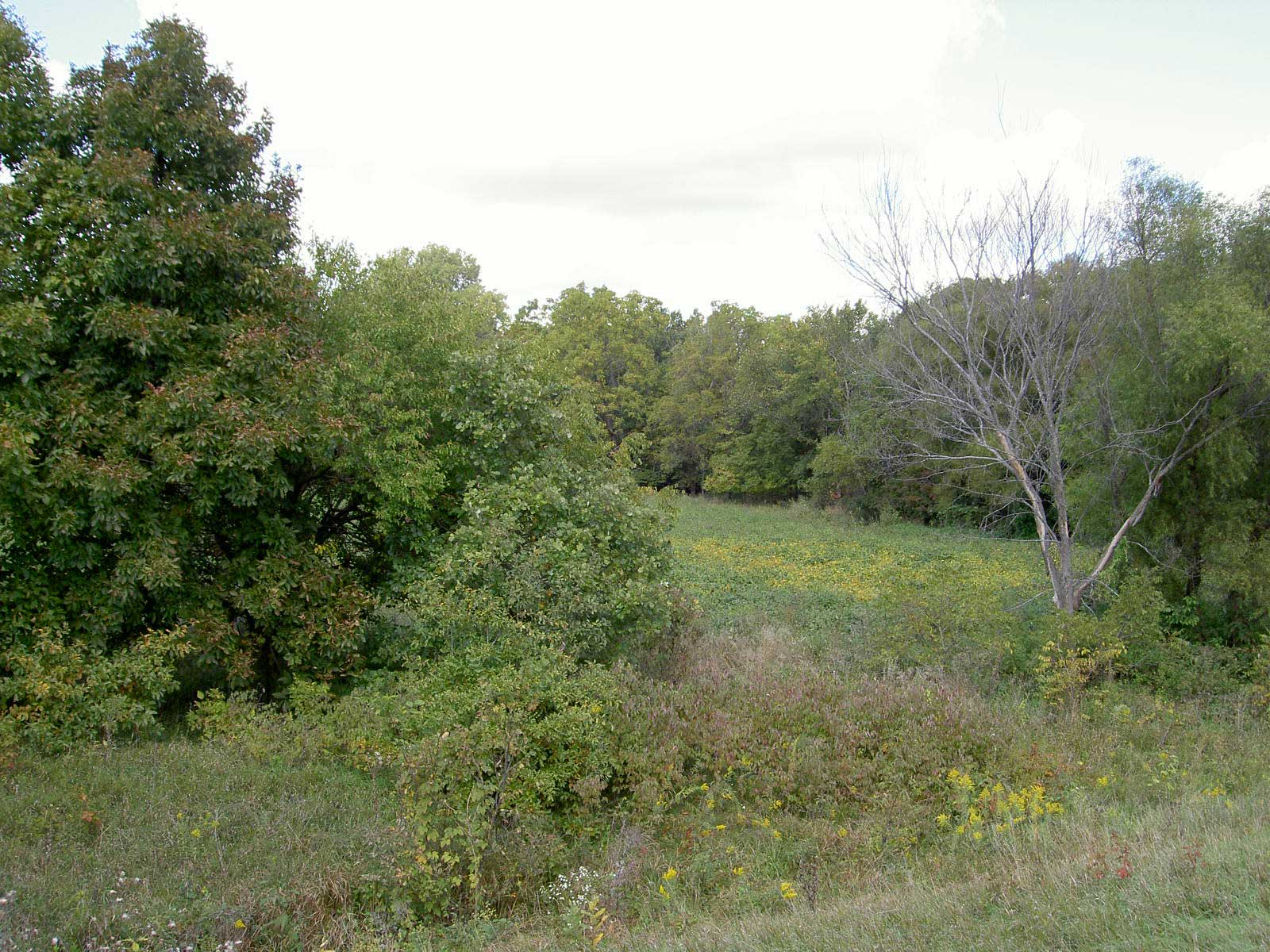 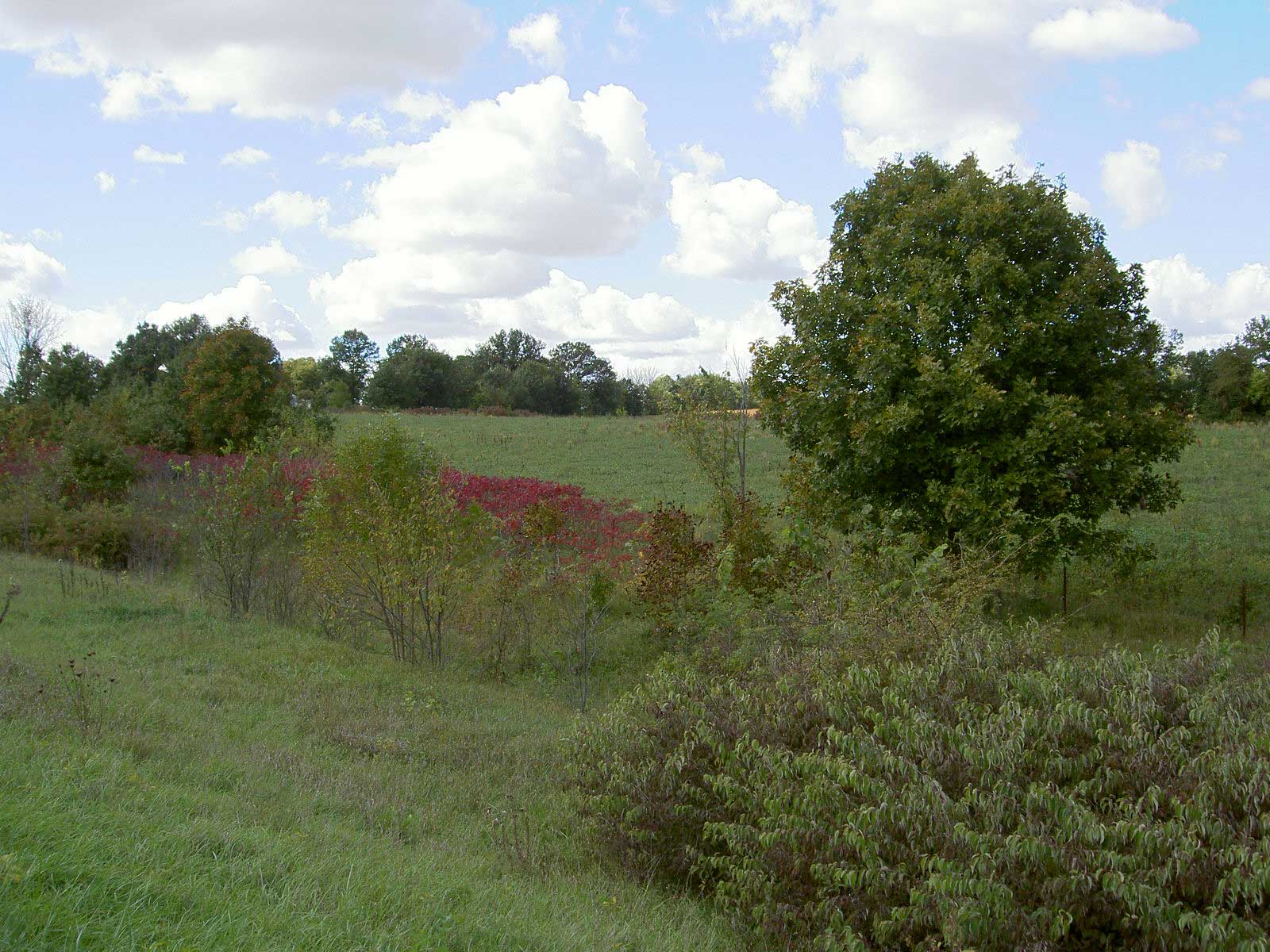 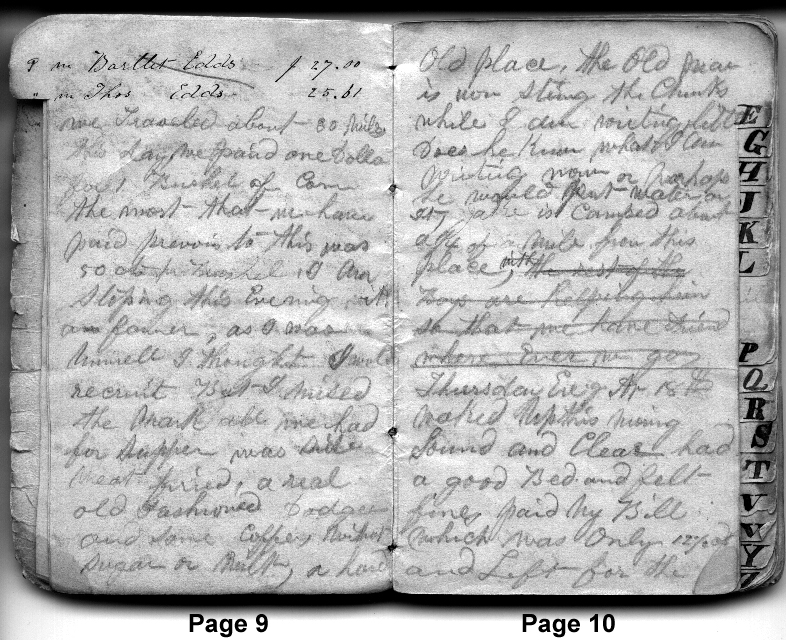 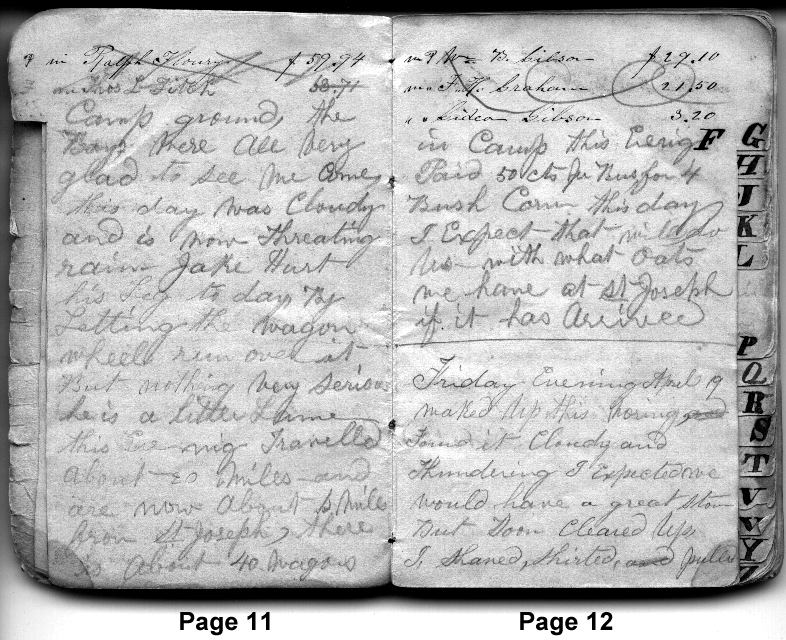 Catching up with his three previous days’ diary entries (they cross the Grand River twice):

Monday Evening Apr 15th – this morning the sun shone very Bright, and had a very Pleasant day, there is about 20 wagons in camp this night, we had Lots of fun this Evening, singing songs, and dancing on the Old shin Break style, under the trees, Saturday we Traveled about 20 miles, this day about 25 miles  the roads were rather sloppy to day, I think the winter is now Broke It is quite Pleasant this Evening- 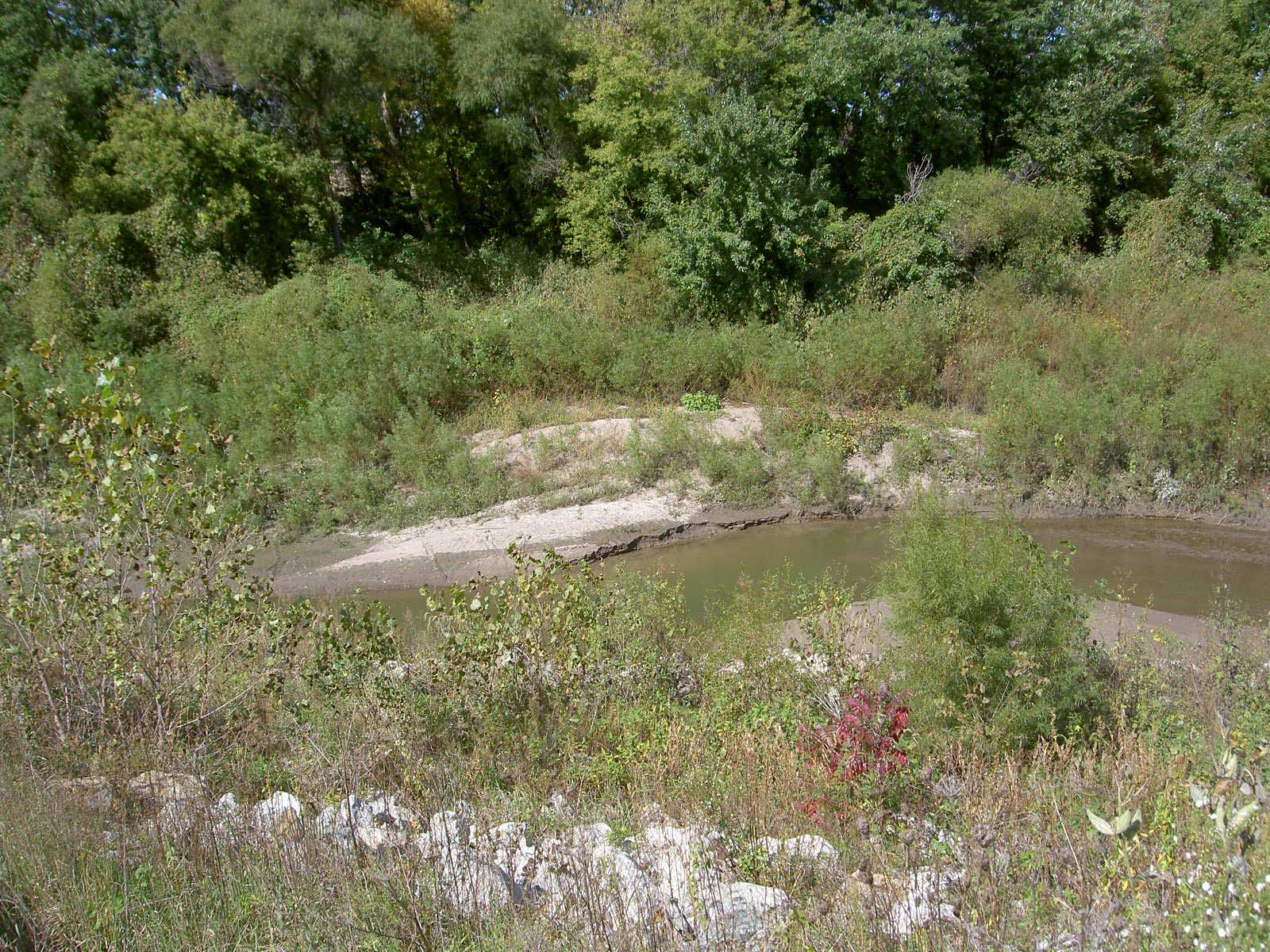 First crossing of the Grand River 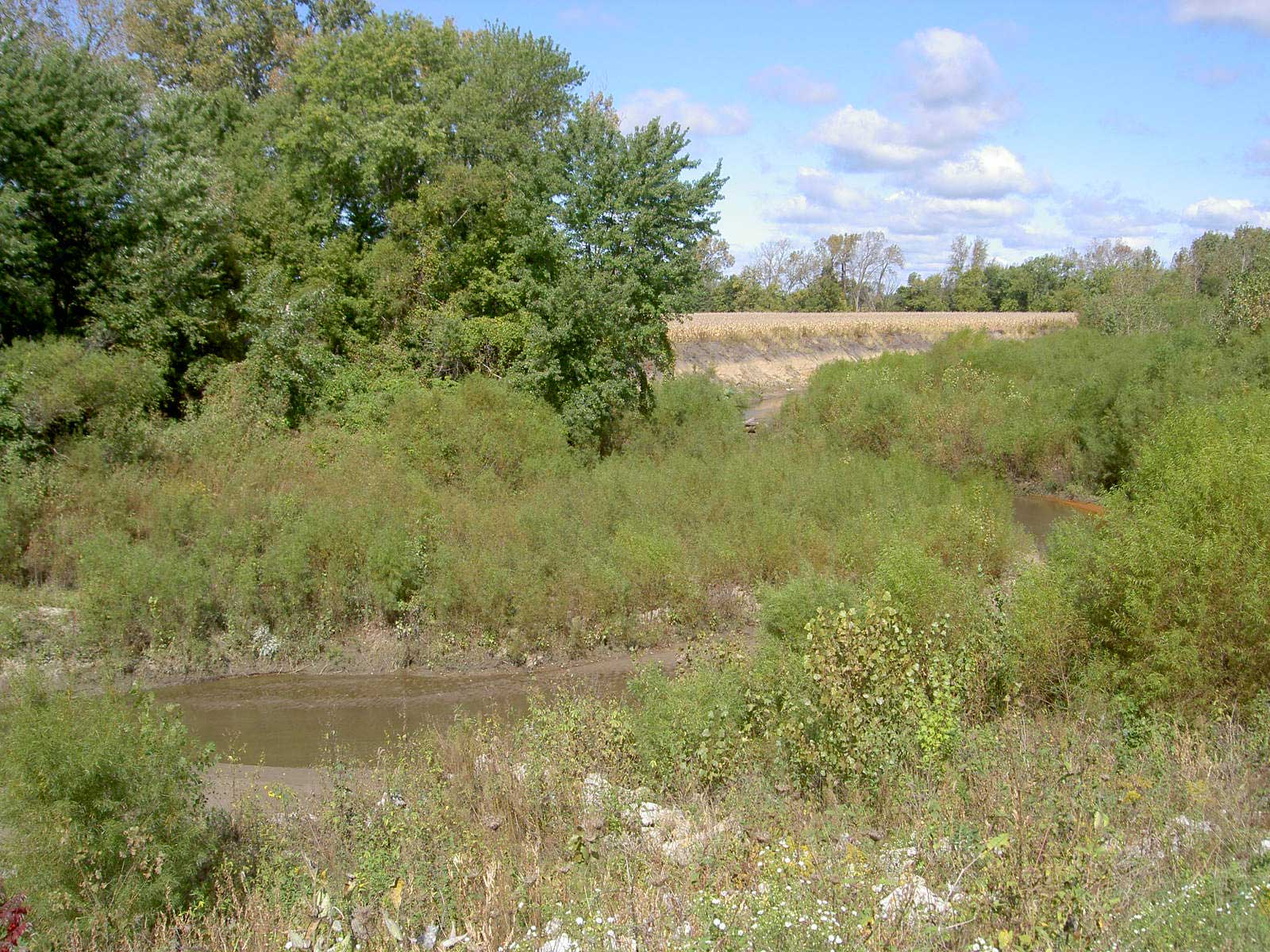 First crossing of the Grand River

Tuesday Evening April 16th – waked up this morning and found it Cloudy, Cooked our grub, Hooked up our mules and started, went about 2 miles and then Commenced raining, rained all day and very Cold, this is the most disagreeable day we have had since we left Home, Travelled about 10 miles to day and stoped a meeting House with stabling Enough for all our mules & Horses, about 30 Head or more, we were very Lucky in getting to so good a stopping place as this, Corn is selling at one dollar per Bushel to some of the Boys, some of our Boys went 3 miles and paid one dollar per Bushel for Corn and 50 cts per bag for oats in the sheaf, this has Been a lively day since we got in the Church  4 stoves a going and Choping the old Benches into fire wood for the stove, The stables are Better than the House- this Evening we Had a regular shin Brake in the old Church- danced Cotillions, waltzed, and raised old Ned, we have a Jolly Crowd.  All strangers to me But first rate fellows, 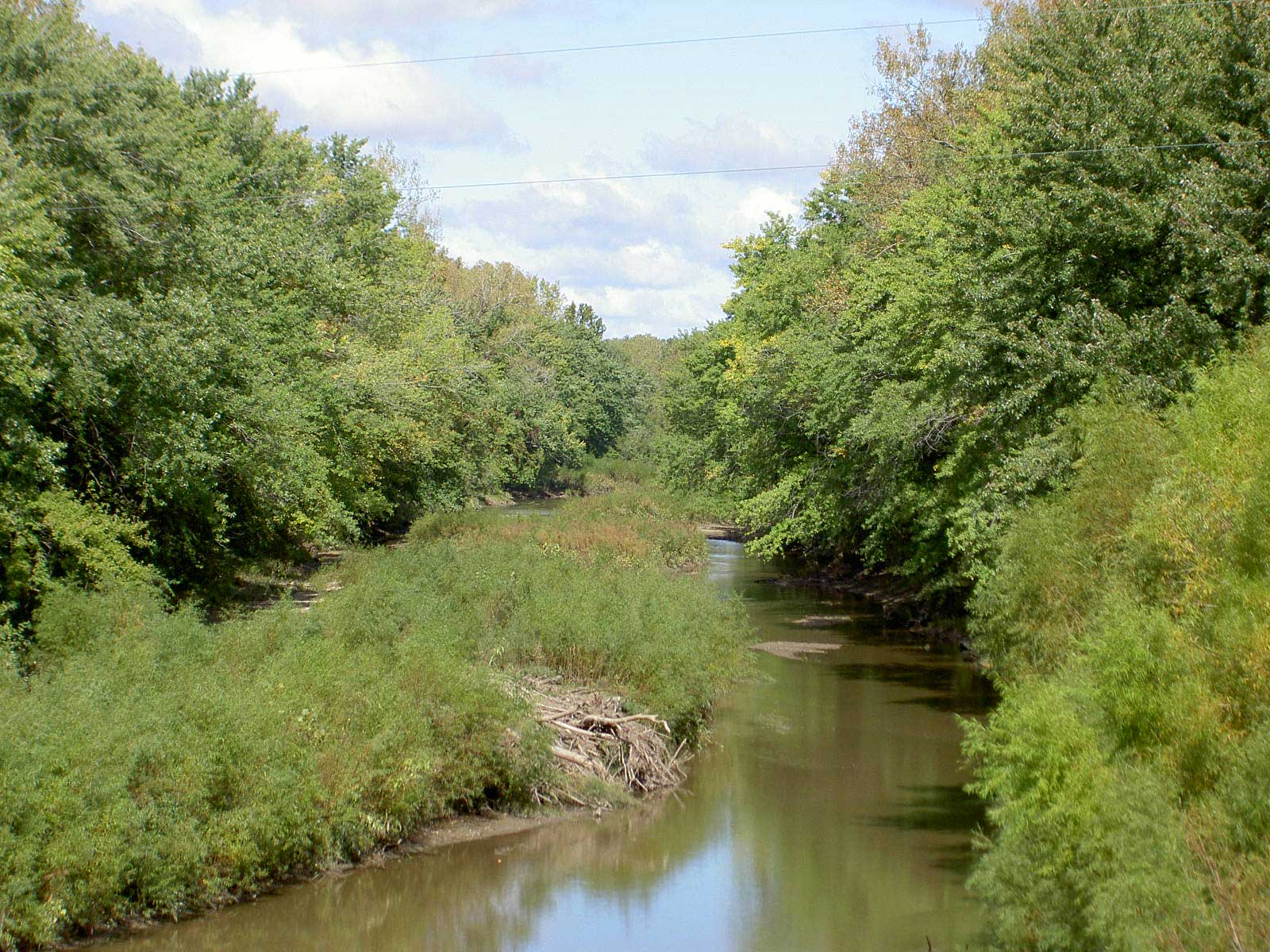 Second crossing of the Grand River

Second crossing of the Grand River 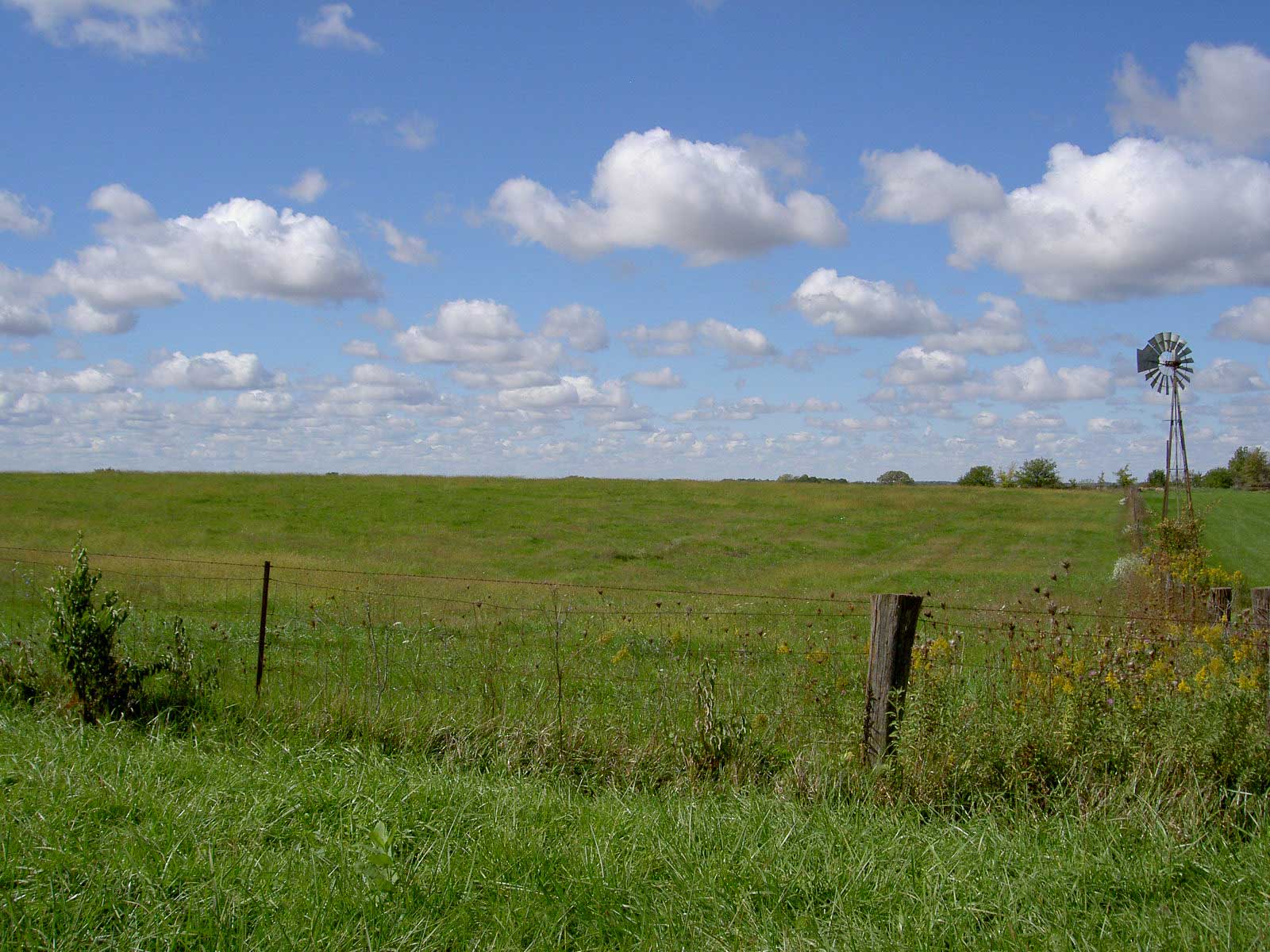 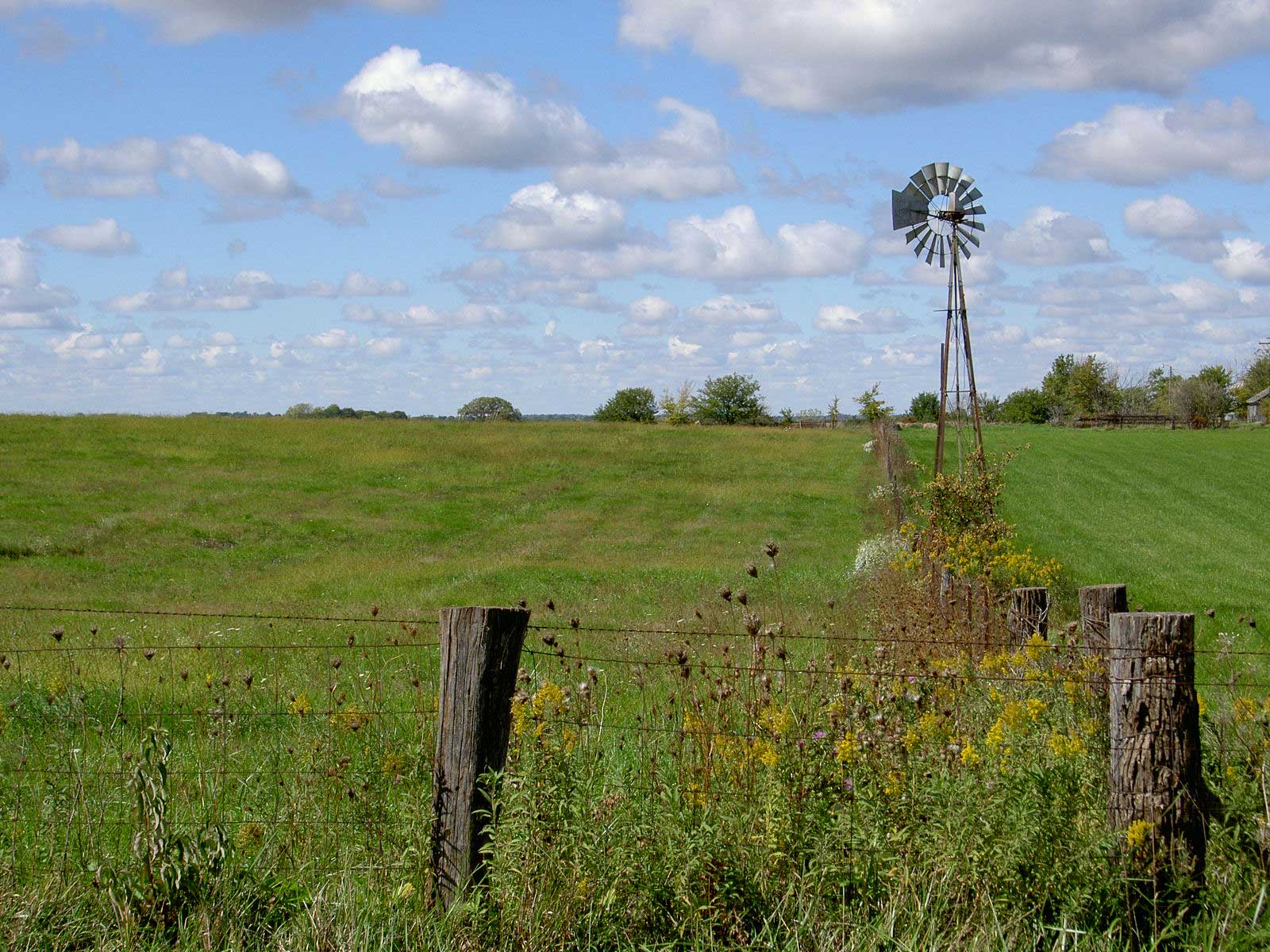